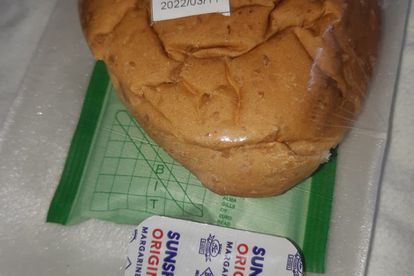 Some of the food served to patients at the Charlotte Maxeke Hospital.
Photo: DA Gauteng

Some of the food served to patients at the Charlotte Maxeke Hospital.
Photo: DA Gauteng

This was revealed in a written response to the DA Shadow MEC for Health in Gauteng.

According to the DA in Gauteng, Charlotte Maxeke Hospital has been without sliced bread since October last year.

This is because of contract problems and financial constraints.

“They had to bake their own scones and rusks, and bread rolls were only delivered from 1 April this year.

“Yoghurt, red meat and vegetables have also reportedly run out in the last few months.”

According to Mokgethi, meals are supplied by the Department’s Masakhane Cook Freeze factory. However, the hospital is often told that the food supply will be interrupted on very short notice.

Furthermore Mokgethi said there is limited plate/meal variety for each diet code and thus there is a lot of repetition of the meals.

“The factory states that they have supply chain challenges and thus a shortage of stock. The factory also has challenges with faulty equipment, intermittent water, electricity supply and shortages of staff.”

The MEC also reportedly admitted that “the portion sizes of the food types are too small.”

GAUTENG HEALTH ‘COULD’ BILL EMBASSIES FOR TREATMENT OF PATIENTS

Earlier this month, the DA in Gauteng called for the Health Department to start charging embassies for the treatment of foreign nationals in public hospitals.

Gauteng public hospitals have been in the spotlight lately for not so good reasons.

“Foreign embassies should be billed for patients from their countries who are treated in Gauteng hospitals – this is a practical way to deal with the issue of foreign patients overburdening facilities.

“While most foreign patients live in South Africa, there are many cases where pregnant women from surrounding countries come to a South African hospital specifically to give birth.”

ALSO READ: Calls for Health Department to be placed under Administration