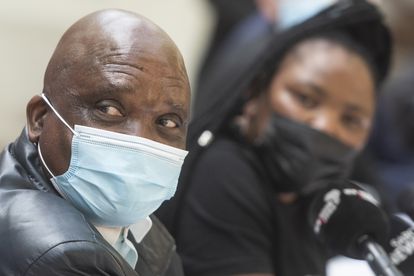 There is finally some level of progress in efforts to fully repair Charlotte Maxeke Hospital. Health Minister Dr Joe Phaahla says the National Department of Health has taken over the process to get the facility up and running again.

Phaahla was at the hospital on Monday to check on the progress made in its renovations.

The hospital has been closed since April 2021 after a fire tore through parts of the facility. Patients were transported to other hospitals, while equipment was stored in several facilities. The provincial health department has been struggling for quite some time to get the hospital fully operational again. Frustrated doctors at the facility eventually wrote to President Cyril Ramaphosa, seeking his intervention. Several wards in the hospital remain closed however, including mental health and casualty.

“We have been working with the provincial government for about a month now and we have agreed that national government will be directly involved in assisting the province in making sure that we address the matters of the repairing of the damage,” Phaahla said in an interview with eNCA on Monday evening, 21 March 2022.

Dr Joe Phaahla has however stressed that the Gauteng provincial government remains involved in the repairing of Charlotte Maxeke Hospital.

As to the progress made so far, he says the hospital’s accident and emergency unit is almost fully repaired, and will probably reopen in mid-April.

“One of the things we have agreed on with the MEC and Premier is to transfer the responsibility for the rehabilitation of the hospital to the National Department which will be working with an agency we have used in other projects, which is the Development Bank of Southern Africa. Because DBSA does have an arm which deals with infrastructure so we have now finalised that”

The fire at the hospital has left the facility vulnerable to crime as last year, a number of items were stolen including desktop computers, laptops, appliances and also  copper cable to the tune of R30 million.

Pamela, A love story: Overturns stereotypes about victims of abuse