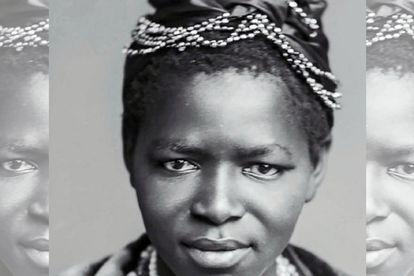 On Wednesday, ahead of the annual Freedom Day commemoration, a virtual panel discussion was organised by the Government Communication and Information System (GCIS) to mark the life and times of Maxeke as a freedom fighter.

The panelists described Maxeke as a woman who was always determined to work for others.

Dr Musawenkosi Donia Saurombe, from the Charlotte Mannya-Maxeke Institute (CMMI), said Maxeke had made an enormous contribution to the improvement of people’s lives, particularly women.

Maxeke was selfless. “Charlotte continued to be a selfless character. She was a pioneer.”

Saurombe said it was important for women to follow in Maxeke’s footsteps and emulate her determination to challenge the status quo.

The Charlotte Mannya-Maxeke Institute (CMMI) is a family initiative born out of the desire to preserve, promote, elevate and leverage the legacy left behind by Mme Charlotte.

Born on 7 April 1871, she was the only woman who attended the launch of the South African Native National Congress (SANNC) in Bloemfontein in 1912.

She and other selfless women of her generation fought against oppression at a time when such defiance was met with unrelenting force.

This year marks the 150th anniversary of struggle icon and Freedom Month is being celebrated under the theme “The Year of Charlotte Maxeke: the Meaning of Freedom under COVID-19”.

Government has called on everyone to use the Freedom Month and Freedom Day celebrations to pull together and continue to fight COVID-19 while striving for greater inclusion and social cohesion.

As government has declared 2021 the year to remember Maxeke, Dr Saurombe said the CMMI had planned a number of programmes and activities to commemorate the life and times of the struggle icon.

Zubeida Jaffer, an award-winning South African journalist and activist, is the author of ‘Beauty of the Heart: The Life and Times of Charlotte Mannya Maxeke’.

She wrote the book over a period of three years.

“I believe more could be written about Charlotte. There are many big moments that people can read about her,” Jaffer said.

Jaffer told other panelists that Maxeke used to teach herd boys at night, while continuing to do her other activities. “Often it is the small things that we make that impact on other people’s lives,” she said.

Reshoketswe Mosuwe, the President of the 19th Episcopal District Women’s Missionary Society A.M.E Church, said she was humbled and proud to be following in Maxeke’s footsteps.

“We believe that she still lives in us,” Mosuwe said.

Mosuwe was invited to speak about the life and times of Maxeke as a church leader and as a spiritual woman in the A.M.E church.

Maxeke was greatly influenced by AMEC.

She became the organiser of the Women’s Mite Missionary Society in Johannesburg, and then moved to the Polokwane (then Pietersburg) area. There she joined her family in Dwaars River, under Chief Ramakgopa, who gave her money to start a school.