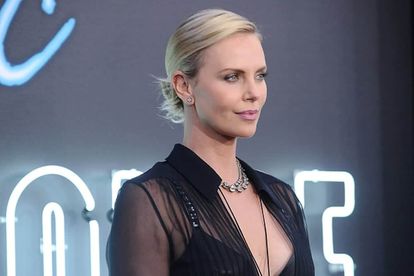 Charlize Theron is the latest actress to weigh in on the sexual harassment allegations against Hollywood mogul, Harvey Weinstein.

The Atomic Bomb actress who has worked with Harvey Weinstein on The Cider House Rules (1999), Reindeer Games (2000), and The Yards (2000) took to Instagram to voice her concern, saying she’s not surprised by the allegations.

Harvey Weinstein made headlines this week after a New York Times expose came to light. In the article a number of woman claim they were sexually harassed by the 65-year-old mogul over a 30 year period. There are also claims that he paid off at least eight woman to keep the allegations quiet. Some of the actresses who stepped forward in this matter is Rose McGowan, Gwyneth Paltrow, Angelina Jolie, Cara Delevingne and Ashley Judd (to name a few).

Now Charlize took to Instagram saying: “Although I didn’t have a personal experience like this with Harvey Weinstein, I unfortunately cannot say I’m surprised.”

“This culture has always existed, not just in Hollywood but across the world. And many men in positions of power have gotten away with it for far too long. We cannot blame the victims here. A lot of these women are young, just starting out in their respective fields, and have absolutely no way to stand up to a man with so much influence much greater than theirs. If they speak up, they are shut down and that could be the end of their career.

“This is all a positive step forward in changing that culture, and these young women need to know that they have a support system should anything like this happen to them. And I want you all to know I support you.”

Gwyneth Paltrow told the New York Times that she was 22-years-old and had been hired for the lead in the Jane Austen adaptation, Emma when he made ‘advances’ towards her. She says she was reportedly summoned to Weinstein’s hotel suite, where he suggested she give him a massage. She said she refused and felt petrified. Her boyfriend at the time, Brad Pitt, confronted Weinstein. Soon after, the producer warned her not to tell anyone else. “I was expected to keep the secret. I thought he was going to fire me.”

Other actresses had similar experiences in the time they worked with Weinstein.

In a statement, his spokeswoman said: “Any allegations of non-consensual sex are unequivocally denied by Mr Weinstein. Mr Weinstein has further confirmed that there were never any acts of retaliation against any women for refusing his advances. Mr Weinstein believes that all of these relationships were consensual.”