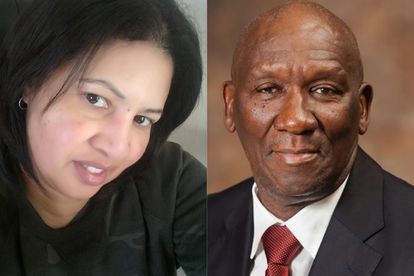 This after the Cele applauded the speedy arrest of a suspect, linked to the murder of Magistrate, Romay van Rooyen.

“Police Minister, General Bheki Cele is on Thursday 29 September 2022, together with the Provincial Commissioner of the Western Cape, Lieutenant General Thembisile Patekile, expected to attend the first court appearance of the teenage suspect, accused of the murder of the Vredenburg Magistrate,” Lirandzu Themba, the Police Ministry Spokesperson, confirmed.

“The 50-year-old Magistrates was on Saturday, 11 September 2022 found dead in her home in Marina Da Gama and her vehicle was missing.”

Minister Cele will sit in at the Simons Town Magistrates Court. The proceedings are expected to begin at 9am.

ALSO READ: Adam Catzavelos: Magistrate leaves case due to “connections” with the defence

Before her appointment as a permanent additional Magistrate at the Vredenburg Court in October 2021, van Rooyen presided as an acting officer at various Magistrates’ Courts in the province.

Romay started her career in 1997 as a prosecutor for the National Prosecuting Authority (NPA) – first working in the district and regional courts before moving to the Western Cape High Court.