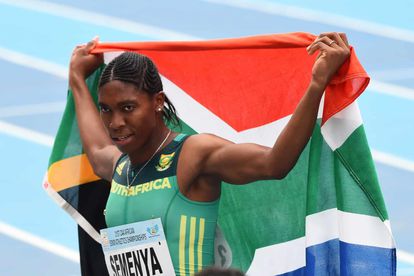 South Africa’s double Olympic 800m champion Caster Semenya looks set to make her first appearance at a World Championships in five years in the 5 000m after being named on the list of registered athletes by World Athletics on Saturday.

Semenya initially missed qualification when she only finished sixth at the African Championships last month, but has benefitted from a number of athletes dropping out.

The World Championships run from July 15-24 in Eugene, Oregon.

The 31-year-old last competed at a world championships in London in 2017 where she won her third 800m world crown.

A year later she won double gold in the 800m and 1 500m at the Commonwealth Games which is the last time she represented South Africa in a global international competition.

Semenya was forced to switch from her favoured distance to the longer event due to gender eligibility rules that required her to take testosterone-reducing drugs to compete in races between 400m to a mile.

Semenya, who became a world champion at 18 years of age in Berlin in 2009, has made several unsuccessful legal attempts to overturn the ruling.

In a bid to compete at the Tokyo Olympics, she even dropped down to the 200m, but was unsuccessful in her attempts to qualify.