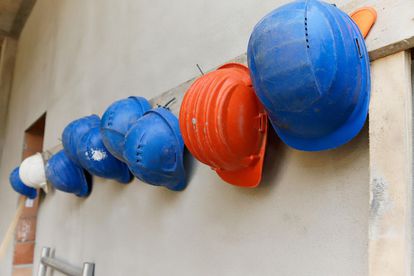 The case against the 87 illegal miners who were arrested last year has been postponed for pre-trial conferencing. Photo: Stock Image / Pixabay

The case against the 87 illegal miners who were arrested last year has been postponed for pre-trial conferencing. Photo: Stock Image / Pixabay

The case against 87 suspected illegal miners has been postponed. The Stilfontein Regional Court in the North West reportedly postponed the case to 6 July for pre-trial conferencing.

An intelligence-driven operation led to the 2021 arrests

Reports state that was arrested in October 2021. The arrests followed an intelligence-driven operation that resulted in a shootout with members of the Special Task Force, assisted by the Hawks in the North West.

The National Prosecuting Authority (NPA) in the North West revealed that six of the suspects were fatally wounded in the shootout. Eight others sustained injuries and have since been discharged from hospital. They are now in the custody of SAPS.

“The state and the defence attorney are expected to finalise all the pending issues and provide each other with all the necessary documents to prepare for trial. Subsequent to this process, a trial date will then be decided on. All 87 will remain in police custody after they abandoned their bail applications owing to their illegal status in the country.”

Last year, it was reported that the Directorate for Priority Crime Investigation (Hawks) said six suspects were shot and killed and two others were wounded during an intelligence-driven operation in Orkney, North West on Wednesday night, 20 October.

“It is reported that upon execution of information received, the multi-disciplinary team comprising of the Hawks, Task Force, National Intervention Unit, District Crime Combatting Unit, NW Airwing, Explosives Unit, Bidvest Protea Coin Security and Local Criminal Record Centre descended upon the identified shaft where they were met with the suspects’ gunfire,” said Mogale.

Hawks spokesperson Colonel Katleho Mogale said 87 suspects – aged between 25 and 49 – were arrested. The Hawks spokesperson said the multi-disciplinary team returned fire and eight suspects were wounded and six of them succumbed to their injuries, while a member of the law enforcement team was wounded. Read the full story here.