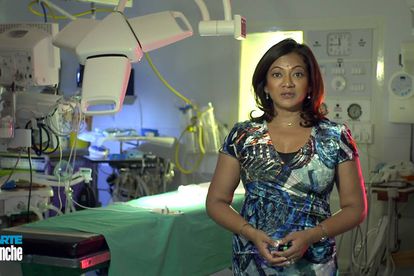 South Africa’s number one investigative show, Carte Blanche, takes a deeper look at the stories that dominate our society’s discourse. The show offers a closer look at many issues and what better way to spend Sunday evening than catching up with the news that shapes our daily lives.

This time around, our presenters will take us through the corridors of unauthorised general practitioners who have run illegal practices under the noses of authorities. The show will also take a deep dive into topics around the shunned Lariam drug, the work of food activists in South Africa and the issue of violence in schools.

What is the cause of violence in schools?

Carte Blanche reporter, Macfarlane Moleli will take a closer look into this phenomenon in a bid to isolate the root cause of such unspeakable violence.

Food wastage is something that will never stop. However, the critical factor to consider is that more times than not, food is disposed of much earlier than it is due to expire. In a country where poverty and hunger is a daily struggle, Claire Mawisa discovers a new group of food activists who are in a fight to preserve the food before it is wasted.

This is all in the name of combating the shocking statistic that estimates that almost 14 million South Africans go hungry on a daily basis.

Why is Lariam prescribed to treat Malaria?

Mosquitos and certain environmental conditions are attributed to the cause of Malaria, a disease that, once injected, breeds parasites that multiply in the liver and attack the red blood cells.

Carte Blanche has discovered that Lariam is a drug that has been prescribed to treat Malaria. However, in global medical corridors, it is not recommended as it has devastating side-effects.

The team will have a look at how South Africa has been implicated in unprecedented legal battles involving more than 100 Irish soldiers.

Devi Sankaree Govender, the reporter at Carte Blanche, will face the tough and dangerous task of confronting a general practitioner in Pretoria who has been conducting plastic surgery procedures on breasts without the appropriate qualifications.

The GP has been doing this for two years or more, right under the noses of the authorities who have done nothing to stop him from putting the lives of desperate women in danger.