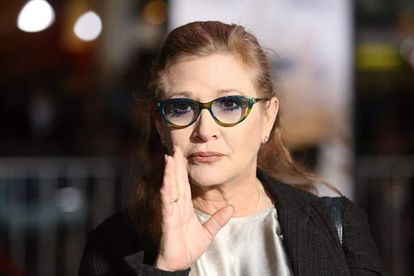 The late Carrie Fisher, known for playing Princess Leia in the Star Wars franchise, personally delivered a cow’s tongue to a Hollywood producer after learning he assaulted her friend.

Her friend, Heather Ross recently shared the story on a radio station in Arizona in light of recent sexual harassment allegations against Hollywood mogul, Harvey Weinstein.

She shared her own story on the 94.9 Mix FM radio station saying an unnamed producer assaulted her in 2000. She said she contacted the producer to try and be a part of his new project. She reportedly met up with him when he forced himself on her after making an excuse to pull over his car. He reached over and climbed on top of her. For her, it happened very fast, but she luckily managed to push the producer off her.

Heather said she told her family and friends about the incident and Carrie responded.

Heather explained what Carrie did:

“About two weeks later, she sent me a message online and said, ‘I just saw [blank] at Sony Studios, I knew he would probably be there, so I went to his office and personally delivered a Tiffany box wrapped with a white bow.’”

Of course, Heather asked Carrie what was actually in the box to which she replied: “It was a cow tongue from Jerry’s Famous Deli in Westwood with a note that said, ‘If you ever touch my darling Heather or any other woman again, the next delivery will be something of yours in a much smaller box!’”

Heather also said that’s just who Carrie Fisher was. “She stood up for people. She spoke out and she put things out there in your face.

“It is validating to know she was not just a fake Hollywood friend.”

You can listen to the interview below:

U can only warn people what u know. #CarrieFisher stood up 4 me back in 2000 here is my interview with @mixfmtucson https://t.co/EgWe4qz8G6

Since allegations against Harvey Weinstein made headlines, numerous celebrities have taken to multiple platforms to share their own sexual harassment stories. Earlier this week, Alyssa Milano started an anti-harassment movement that has gone viral. She encouraged people all over to use the hashtag #MeToo to give people a sense of the magnitude of the problem.

If you’ve been sexually harassed or assaulted write ‘me too’ as a reply to this tweet. pic.twitter.com/k2oeCiUf9n