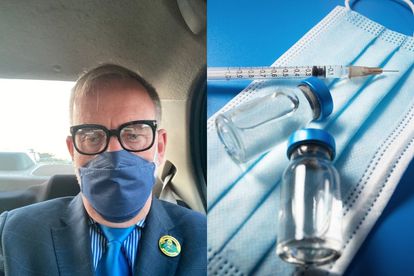 Carl Niehaus may incriminate himself if he were to take the witness stand, says his defence counsel. Photo: @niehaus_carl / Twitter and Stock Image / Pixabay

Carl Niehaus may incriminate himself if he were to take the witness stand, says his defence counsel. Photo: @niehaus_carl / Twitter and Stock Image / Pixabay

His defence counsel is arguing that if he were to take the stand, there is a chance he may incriminate himself. Niehaus appeared before the Estcourt Magistrate’s Court on Monday, 16 May.

Niehaus is accused of ignoring COVID-19 regulations during a protest, with many others, outside Estcourt prison. The incident occurred last year when former president Jacob Zuma was imprisoned.

Advocate Nthabiseng Mokoena argued that the evidence the court was president did not make a strong case. Mokoena, as a result, has requested that the matter be struck off the roll.

She further stated that if Niehaus were to take enter the witness box, he would incriminate himself. Mokoena further argued that the State has not proved that Niehaus committed the offences he is accused of, reports EWN.

Carl Niehaus blasts MK conference after being asked to leave

Carl Niehaus has referred to the MK unity conference as a ‘sham organisation disaster’. The Umkhonto we Sizwe Military Veterans Association (MKMVA) member said the unity conference will turn up a ‘pre-cooked leader’.

61-year-old Niehaus tested positive for COVID-19 while at the conference. He was told to leave. The conference was held at the East London ICC. The Department of Military Veterans and the all-inclusive ex-MK Conference Preparatory Committee hosted the conference that concluded over the weekend.

The theme for the conference was renewal, unity, welfare and discipline. Department spokesperson Lebogang Mothapa said the conference united members of the MKMVA and Umkhonto we Sizwe National Council (MKNC).

Niehaus made calls for delegates to not compromise on the mandate. He said he was not allowed to participate in the conference due to testing positive for COVID-19. Niehaus insisted on an elective conference. Read the full story here.