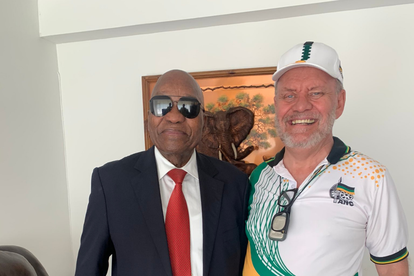 Carl Niehaus has once again come out in support of former president Jacob Zuma after the High Court in Pretoria declared his medical parole unlawful.

This decision will ultimately see the embattled former statesman returning to jail. Speaking to the South African, Niehaus expressed his extreme concern over the controversial ruling.

“I think the issues are quite concerning. One is concerned, obviously, it’s not conducive for him to go to jail. That’s why the medical parole was granted in the first place.”

Niehaus, a dedicated supporter of the ex-president, highlighted that this move is inline with the treatment Zuma has faced over the past two decades.

Niehaus slammed the ordeal as ‘vindictive’, adamant that Zuma is continuously being targeted.

“This is a continuation of the same old that we have seen levied against Zuma.”

Nevertheless, Niehaus has doubled down on his support and expressed his continued dedication to the plight facing the former president. In conclusion, Niehaus’ stance on the situation is crystal clear:

Taking to social media, Niehaus further expressed his views on what he described as ‘gross injustice’ at the hands of the High Court.

“Zuma continues to suffer gross injustice at the hands of the unjust system that should not have imprisoned him in the first place. This is a personal, vindictive, judgement by the notorious GP North High Court where Msholozi lost 100% of his cases. A sad day for justice!”

The ANC veteran has made no secret of his views that the ruling was far removed from what the ex-president deserves.

“The judgement by Gauteng North court must be rejected with the contempt it deserves. It is atrocious, unjust, and vindictive against Zuma. Lady justice has thrown away her scales, and removed her blindfold to pierce her sword at Zuma.”

Earlier, Zuma’s incarceration had sparked riots and unrest as his followers expressed their immense displeasure over his treatment. Ultimately, with the former president still enjoying widespread support only time will tell what this decision will bring.

The High Court ruling has called for Zuma to return to the custody of the Department of Correctional Services in order to serve out the remainder of his 15 month prison sentence. Additionally, the time Zuma has spent outside of prison will not be counted as part of his sentence.