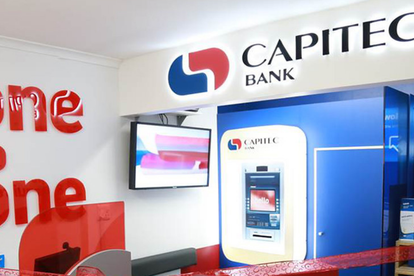 The furious naked woman who bulldozed a Capitec bank branch in Strand was arrested before missing her first court date, the police said on Friday.

As The South African reported last week, police confirmed the enraged woman who attacked a branch office naked was arrested.

The Strand cops said she was 41 years old and charged for malicious damage to property. The South African Police Service (SAPS) has now said the woman did not make it to court. She was admitted to Cape Town’s Lentegeur Psychiatric Hospital.

“Please note that the lady who entered Capitec Bank and caused havoc did not appear as she was admitted yesterday at Lentegeur Hospital,” Police said.

“We therefore did not place the case on the roll.”

Additionally, Capitec has also offered its latest update. The bank published a statement to deny reports that claimed the naked woman’s action was driven by a rejection of a transaction she had made at the bank.

One claim that that enjoyed popularity on social media said:

“Seeing a black woman having to parade naked at Capitec bank for the money she worked so hard for, this goes to show that South African banks are racist they’d never do it to a person of different banks,” @ZandileExcel said on Twitter.

The financial institution responded to the allegations to say:

“The woman is a client of ours who had money in her account, did not have any declined transactions or credit application,” the bank said in an official statement.

As The South African reported last week, the woman was seen fully naked as she attacked the bank branch’s property, with customers and bank staff frightfully leaving the scene.

She first approached a consultant’s service booth where she grabbed electronic equipment that she smashed to the ground. The consultant, keeping his utmost cool, got up to walk away while talking on his mobile phone.

Check out the scene below: