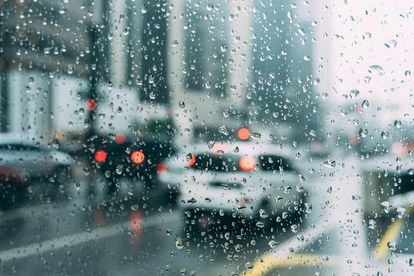 Cape Town’s been absolutely scorching over the last week or so. Wildfires have sprung up and a number of temperature records were broken. The hot weather is good news if you like summer, but terrible news for the drought.

While the region isn’t under as much pressure as this time last year, the problem isn’t completely over. So, if temperatures are soaring and the dams are drying up – that’s not good news.

But you can breathe a little bit easier. Weather patterns are slightly more volatile across the region this time of year, but early forecasts suggest there is just a little trickle of rain on the way to cool things down a touch.

On Sunday morning, radars from several services suggest light rain will make landfall early evening on Monday. Take a look at the radar from our favourite radar peeps over at Ventusky.

It won’t develop in a full-blown pour down, but the front will shift inland just enough to drop a sprinkling in the dams and calm temperatures down a bit.

Conservative estimates predict around 1-3mm of rain. With the Theewaterskloof Dam at around 58% capacity, it’s not exactly going to make a dent. But the cooler weather will help with the drastic evaporation.

Cape Town weather forecast for the week ahead

Expect a noticeably cooler week, with temperatures below 20 degrees from Tuesday onwards. The forecast suggests that the South Easter will be back by Thursday afternoon to blow it all away and the hot weather will return in time for the weekend.