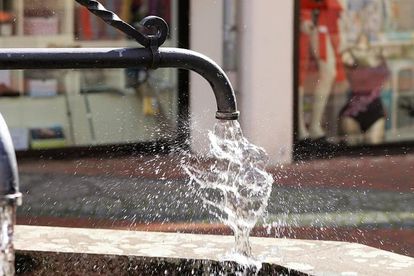 It is all but confirmed that from February next year, Cape Town will be introducing a “water tax” or a water levy or a water surcharge. Call it whatever you will.

The purpose of the charge is to raise more capital for long-term drought solutions. But it’s also a bit of a Catch22. Since the City is generating less income from water – with everybody saving so much – they are collecting less revenue. Thus meaning less money to pay for solutions.

You get the picture. Anyway. People are pretty pissed off since the amount you’re going to be paying per month is linked to property values.

It still has to be rubber stamped by Treasury, but it seems unlikely that it will not get the okay from the top.

The City said that money collected as a result of the charge would be used to “soften the diversification process” from surface water resources to multiple water resources.

The drought charge, if based on property valuations, was viewed as “progressive, equitable and pro-poor”.

But just how much will you have to pay?

Month-to-month, the costs aren’t that astrominical. The issue, for many, is that Cape Town’s property market is so out of whack that valuation of property isn’t a ‘fair’ yardstick.

But really, if you property is valued at R4 million, we’re pretty sure you can afford the R200 a month to pay your surcharge. Weren’t you spending that on filling your pool before restrictions anyway?

The City of Cape Town is searching for an additional R1bn per year while the dams recover from the unprecedented drought conditions.

Cape Town’s water use has spiked over the last few weeks. With rainy season well and truly over and the tourist season set to begin, it’s crunch time to avoid day zero.