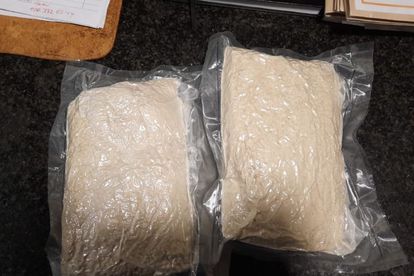 A Cape Town taxi driver was busted with drugs in the Northern Cape. Photo: SAPS.

A Cape Town taxi driver was busted with drugs in the Northern Cape. Photo: SAPS.

The Northern Cape police arrested a 30-year-old suspect at the Vioolsdrift Border Post in the early hours of Monday, 9 May for transporting drugs across the Namibian border.

The vehicle was stopped and searched at the border post at approximately 00:15 and officers found heroin with an estimated street value of R2 million rand hidden under the driver’s seat.

“According to the driver, he was requested to deliver the package in Cape Town,” said Gamieldien.

The suspect also hails from Philippi, Cape Town, according to the police. He is expected to appear before the Springbok Magistrate’s Court imminently on drug charges.

“The police in the Northern Cape will continue unabatedly to squeeze the space for drug to dealers operate in the province,” said the police spokesperson.