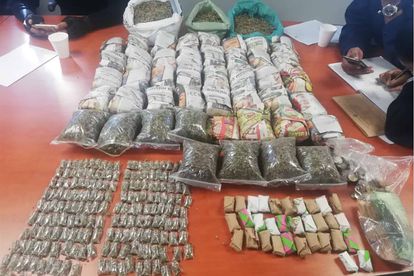 Local law enforcement arrested suspects for possessing drugs and firearms in Cape Town. The suspects were arrested during the evening of 30 June and in the early hours of 1 July.

The police searched the suspects and found a firearm with 19 rounds of ammunition. The arrest took place after the suspects could not show a valid license. They were 18 and 19 years old.

The previous night, patrol members received a tip about a house with drugs in the Gugulethu area. Patrol members then discovered several drugs. These drugs included 46 half Mandrax tablets, 13 whole tablets, 19 units of tik and 12 bankies full of tik.

The police arrested and detained a 63-year-old man and a 33-year-old woman in Gugulethu.

The suspects face charges of possessing illegal firearms, ammunition, and drugs. The four suspects will later appear in the Athlone Magistrate Court.

Increased drug use in South Africa

An Occupational Therapist at Akeso Clinic in Nelspruit, Marna Acker, stated that it is difficult to know for sure how many South Africans use drugs regularly.

“South Africa has no regular representative surveys on substance abuse, which makes it difficult to understand the full extent of the problem.”

However, the South African Community Epidemiology Network on Drug Use (SACENDU) project has shown that more than 8000 people use drugs on a regular basis.

Acker stated that the longer a person uses drugs, the higher their tolerance for drugs will be. This could have a dangerous affect on their health.

“Increased tolerance is dangerous as it causes the individual to use more and more of a drug to achieve the desired euphoric or stimulated state. This increases the person’s risk for overdose and even death.”