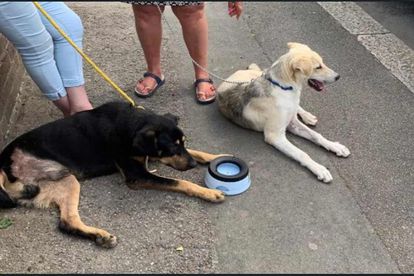 In the heart of Cape Town, the @Fritz Pet Hotel and Daycare have provided foster homes for many homeless dogs.

15 dogs of the hotel’s residents were adopted in the space of a month as reported by the Atlantic Sun on 20 June. The owner of the @Fritz Pet Hotel and Daycare, Yanic Klue was happy for the adoption.

Klue stated that the hotel can cater to more than 200 animals. The hotel has also offered 10% of its facilities to provide foster homes to homeless dogs.

Various animal clinics and organisations have worked together with the pet hotel to provide proper care to homeless dogs.

At the beginning of June, the hotel had taken in six dogs from Mdzananda Animal Clinic. At the end of May, the clinic was over capacity. If the hotel had not stepped in, the dogs would have been put down.

“This was an extreme case because the dogs were on their way to heaven, and we had to help them.”

An appeal to the public

The Mdzananda Animal Clinic was 247% was over capacity.

The spokesperson for the clinic, Marcelle Du Plessis, stated that they had never before put a dog down due to overcapacity.

They made an appeal to the public and received an enormous response.

“After releasing our public appeal we received an enormous amount of emails, Facebook messages and phone calls to offer support. To date, 15 dogs have been adopted, 10 have gone to foster homes, six have gone to the @Fritz Pet Hotel and four are still at Mdzananda.”

A local vet helped provide care to the six rescue dogs at the pet hotel. The care included vaccinating the dogs and making sure that they weren’t a danger to the public.

The staff and manager of the pet hotel, Randal Cato, were happy to take care of the new arrivals.

“We’ve been planning for around two weeks and when they arrived, our entire staff compliment was extremely happy to meet them. Each dog was welcomed into our facility and received a nice bath – a fresh start to their new life.”