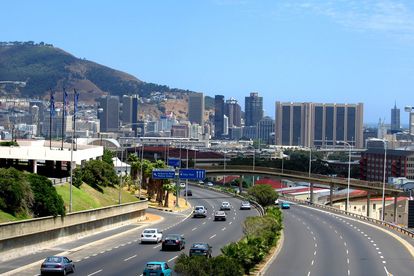 The 2014 TomTom global traffic index report asserts that Cape Town has overtaken Johannesburg as South Africa’s most congested city during the course of 2013. The annually published report had previously put Johannesburg dead-first in the initial three years of its inception, but with changing demographics in the Mother City a new traffic dynamic appears to gradually emerge, changing commutes and travel patterns in Cape Town.

The report also revealed that South African drivers seem to get caught up in even further congestion in their attempts to avoid traffic by trying to escape to secondary routes, adding both time and mileage to their journeys. In many recorded instances, there was as much as 50 per cent additional travel time reported on account of drivers trying to be clever this way trying to head for back routes, most prolifically in Pretoria. This behavioural pattern featured in the report stands out as rather unique for South Africa when compared to the numbers detailed from other countries.

Perhaps a surprising finding in the report was the fact that Pretoria’s overall performance in traffic congestion fell only in fourth place – behind East London. Johannesburg’s small sister to the north and long-standing commuters’ stronghold Pretoria seems to manage its roads somewhat more efficiently.

However, the report, which relies on data collected from TomTom GPS users worldwide, managed to ignore one key component in its overall assessment: the distances typically travelled, especially during work commutes – a crucial difference, which creates a more balanced outlook when pitting Cape Town against Johannesburg.

While Cape Town is alleged to have more congestion during peak hours, which results is slightly longer delays per hour of travel time in traffic, the TomTom report fails to mention that commutes and distances typically travelled are considerably shorter in Cape Town for most journeys than they are in Johannesburg.

In the megapolis Johannesburg, distances of 30 km and more are regarded as a norm, while in Cape Town locals consider a distance of more than 20 km an above average commute – despite the fact that the city is growing steadily.

By failing to compare the footprint of the two cities and not evaluating average distances travelled in traffic, the report ended up ranking Cape Town and Johannesburg in the same neighbourhood as London, which compares rather amicably with its 37 minutes of additional delay per hour during peak time traffic compared to Cape Town’s 38 minutes and Johannesburg’s 34 minutes respectively.

But other than falling victim to statistical fallicies the British capital actually managed to perform well in the report, avoiding the global Top Ten of congestion, which features four cities in the Americas and six European cities, with Moscow taking #1 and Istanbul taking #2 on the list.

With successful steps taken towards improved urban planning and both cities rolling out enhanced public transportation schemes on an ongoing basis, there’s hope that these numbers might just be kept at bay in the future.