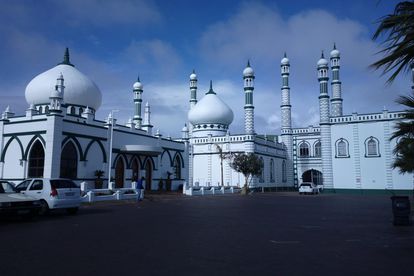 A mosque in the City of Cape Town. Photo: Facebook | Habibia Soofie Masjid

A mosque in the City of Cape Town. Photo: Facebook | Habibia Soofie Masjid

The call to prayer that comes from a mosque over the speakers is a sound that many South Africans know well. If you have grown up in Cape Town, the call to prayer is a part of many daily lives, regardless of whether or not you are Muslim. The City of Cape Town’s noise by-laws are back in the spotlight as a debate around the laws for Cape Town mosques continues.

A letter dated the 12th of May shows the Tennyson Street Mosque in Salt River received a letter from the city relating to a noise complaint. The complaint was said to be a “noise nuisance” and goes against the Western Cape Noise Control Regulations.

The City of Cape Town was quick to respond once the letter started spreading on social media. Patrica van der Ross, Mayoral Committee member for Community Services and health, says city staff still need to be trained on how to deal with noise complaints for places of worship.

“I will arrange a training session for our officials to train them on the City’s new standard operating procedure on complaints relating to places of worship. Given how new this SOP is, not all staff have been sensitised to its requirements. No further letters of this sort will go out. We will also contact the mosque to reassure them.

The City updated its operating procedure in relation to the by-laws this month. The SOP states that the noise nuisance aspect shall not apply to places of worship within appropriate zoning.

Political party, GOOD, has slammed the city for “gross insensitivity” over the issue. The party says that the decision to change the SOP is nothing more than a smokescreen.

GOOD says that it has been three years since the City said it would change the by-laws themselves to not include religious practice.