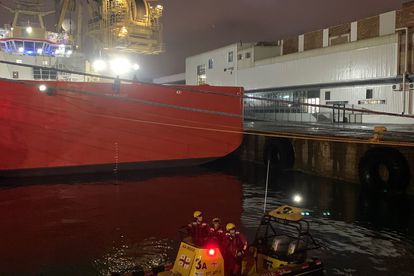 A 38-year-old man was found lifeless and faced down in the water in the Port of Table Bay, E Berth, at the Cruise Liner Passenger Terminal.

A RESCUE MISSION FOR THE MAN WAS LAUNCHED ON TUESDAY EVENING

This comes after reports of a drowning in progress in the Port of Table Bay, E Berth, at the Cruise Liner Passenger Terminal.

“On arrival on the scene, rescue swimmers entered the water and recovered a man who was found lifeless and face down in the water and paramedics attended to him, but sadly he was declared deceased.”

She said it remains unknown what caused the man, believed to be aged 38, from Ravensmead, who was at work at E Berth at the time, to fall into the water.

“The body of the man was taken into the care of WC Government Health Forensic Pathology Services, and Police have opened an inquest docket.

“Condolences are conveyed to family and the colleagues of the deceased man.”