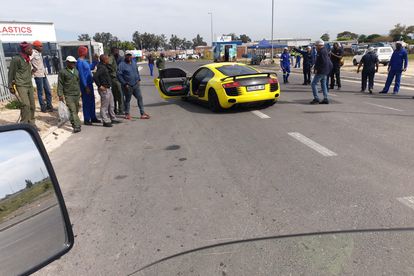 A 35-year-old woman was kidnapped in Cape Town on Thursday morning. Image: Supplied.

A 35-year-old woman was kidnapped in Cape Town on Thursday morning. Image: Supplied.

The wife of a business owner in Cape Town was kidnapped in Blue Downs on Thursday morning, 29 September. The suspects reportedly took her from a vehicle near the business premises.

“A 35-year-old woman was kidnapped. At the time of the incident she was alone in the car,” said van Wyk.

According to unconfirmed reports, the victim is believed to be a foreigner and is linked to a business in the area. Footage of the incident shows that the kidnappers boxed in the yellow Audi R8 she was driving before taking her.

The Cape Town police are investigating the circumstances around the incident and have opened cases of kidnapping and attempted murder.

Members of the public with information about the incident are encouraged to contact Crime Stop at 08600-10111.