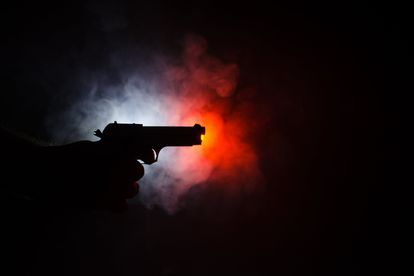 With violence in the Cape Town continuing to escalate in some of the City’s worst affected areas areas, the Western Cape government has offered a reward of up to R5 000 for anyone who provides information leading to successful arrests of those responsible for gang-related killings.

There have been a plethora of gang-related murders in the province in recent weeks, with eleven people having been killed in Khayelitsha earlier in May and a police officer killed in an apparent gang killing last week. The aforementioned shooting in Mfuleni also saw the Magistrate assigned to the ongoing murder case against alleged Cape Town gang leader Nafiz Modack shot and wounded.

In a statement released to the public on Thursday 27 May, the Western Cape’s Minister of Community Safety, Albert Fritz announced that his Department of Community safety will reward citizens  up to R 5 000 for information which leads to the arrest and successful conviction of perpetrators in gang-related killings.

“The Department of Community Safety will provide rewards of up to R5 000 to anyone who provides information which leads to the arrest and successful conviction of perpetrators in gang related fatalities,” he said.

Fritz said that information about some of the many crimes being investigated can be given confidentially to the Department by calling 021 483 5220. Alternatively, members of the public can also email Police.Oversight@westerncape.gov.za. The information will then be passed on to the South African Police Service (SAPS).

“This initiative will further support the Province’s response to the scourge of gangsterism facing our vulnerable communities,” the Department said.

On Tuesday, the Department of Community Safety and the South African Police Service jointly hosted a workshop on the Provincial Response to the National Anti-Gang Strategy, with role-players discussing the way forward for the Western Cape Safety Plan and the Recovery Plan

The strategy already incorporates elements of the Provincial Response, and this is currently being implemented through the Area-Based Team approach in priority police precincts. “There is also much synergy with the Safer Cities Initiative currently underway,” the Department said.

Fritz said that the workshop brought together key criminal justice and provincial role-players and included senior representatives from the SAPS, the National Prosecuting Authority (NPA), the Department of Justice, the City of Cape Town (Metro and Law Enforcement), the South African National Defence Force, the Department of Correctional Services and the provincial departments of Health, Education, Human Settlements, Transport and Public Works, Cultural Affairs and Sport, and Economic Development and Tourism.

The workshop supported an integrated response involving key stakeholders, including civil society and the business sector. The approach aims to deal with gangsterism through effective criminal justice and law enforcement, as well as focusing on “community upliftment, social cohesion, urban and environmental planning and design”.

“The time for us to come together as a whole of society is now. We need to fight this scourge of gangsterism and violence together. I appeal to anybody with information that will assist the SAPS to please come forward,” said Fritz.