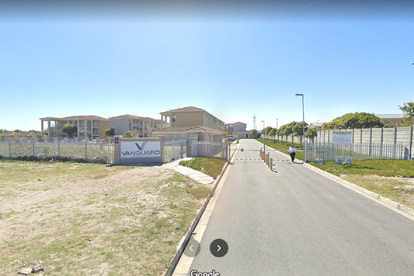 The Vanguard Estate is just down the road from a local police station, too – Photo: Google Maps

The Vanguard Estate is just down the road from a local police station, too – Photo: Google Maps

The private estate of Vanguard in Manenberg, Cape Town has been rocked this week, after a resident in his 80s was fatally stabbed ‘several times’. A manhunt has been launched by the local police force, who already have a some hunches about the killer.

Speaking earlier on Monday, one SAPS source suggested that the 85-year-old was targeted in a break-in – and it’s likely that the suspect knew the pensioner personally. His knowledge of where to find certain light-switches, and ‘strategic positioning’ of the couch, gave SAPS their first clue.

It would certainly be a more plausible explanation for this heinous crime: The private estate has a security presence at its entrance gates, and a border wall designed to keep the community safe. It’s quite possible that the culprit was trusted by the guards, too.

Speculation over further details of this crime remain rife. However, sticking purely with the facts, the victim leaves behind his 80-year-old wife, who was unharmed in the attacks. A case of murder has been opened, but so far, there are no arrests to report.

The Vanguard Estate Neighbourhood Watch team posted an update for their followers on Monday morning. They confirmed that the deceased was declared dead upon his arrival at hospital, following the housebreaking incident. You can read their complete statement here:

“On Monday 5 September, there was a break-in at a house in 1st Ave, Vanguard Private Estate early this morning, around 3:20. The suspect was involved in a scuffle with the resident, an 85-year-old gentleman. May perpetual light shine upon him, and may his dear soul rest in peace.”

“The Resident was stabbed in the neck several times and passed away on arrival at hospital. Meanwhile, the suspect escaped through Farm Close or Dairy Close, in 5th Street. We send our condolences to the family and his friends.” | Vanguard Estate Neighbourhood Watch