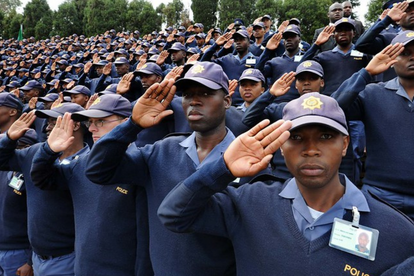 The law is handing down a prison sentence on a former policeman for raping jail inmates in Cape Town, additional victims have also emerged to lay previously unreported sexual assault offences on the same ex-cop.

COURT SENTENCE FOR EX-COP ON TUESDAY

The former Mitchells Plain officer, David Steenkamp, has been found guilty of one rape offence on an inmate. He will be slapped with a jail term on Tuesday 19 October, which is four years since he was dismissed from the South African Police Service (SAPS) after the first rape complaint.

The National Prosecuting Authority (NPA) charged Steenkamp on three cases of sexual assault and a single rape charge. The former policeman was eventually found guilty on all counts.

Meanwhile, the Mitchells Plain Regional Court will be announcing the former officer’s jail sentence on Tuesday.

In another rape file, a 72-year-old man allegedly sexually assaulted a 12-year-old near Musina, Limpopo last week. The rape suspect, who is a neighbour, reportedly raped the victim before promising to give her money to keep silent.

But things didn’t really go as planned for the suspect. The victim’s mother just needed to return home from work to realise what is every South African mother’s nightmare.

“A 72-year-old man will today appear in Musina magistrate court after he was arrested for allegedly raping a 13-year-old girl at Matswale township phase 1, on the outskirts of Musina,” the report said.

The woman walked into her house after a long working day to be greeted by her crying daughter. It was soon discovered that the 12-year-old had been allegedly raped by a neighbour.

Police have since confirmed arresting the 72-year-old suspect.