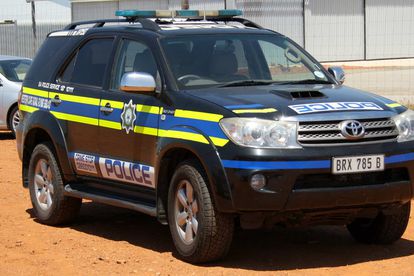 Recently, two Cape Town cops helped reunite a mother with her long lost son. It was believed that Denzel Daniels, had died approximately six years ago in the Delft area.

Denzel was found by police in Eswatini (formerly known as Swaziland) digging in bins outside of a supermarket.

Denzel was reunited with his mother and brothers on Friday 28 June.

Denzel was in found in Eswatini without any legal documents. He could only provide his mother’s physical address. Delft police officers Michael Daniels and Emile Farao went with Denzel’s mother, Jane, to meet him at the South African border.

“We decided we wouldn’t give up on Jane and Denzil and wanted to help them because that could have been my child or anybody else’s. We need to bring back that sense of ‘your child is my child’.”

Officer Michael and officer Emile also wished to thank the eSwatini police for taking care of Denzel and for their help in bringing him home.

“We can also just thank the eSwatini police for looking after him and for the amazing work they did in helping us reunite the family. They too called him their son.”

In an interview on Radio 702 with Kieno Kammis Michael, said that when he first heard about the missing person he tried to put himself in the mother’s position.

“The first thing that went through my mind when the mother told us about her son, is that I thought about my own children. What would I do if my child was gone for six years? I would probably not be able to sleep, I would worry if he has a bed wherever he is. Does he have food to eat?”

Jane, went to the police after she had a dream about her son and she believed that he was still alive. The police were investigating the matter when they received a call from the police in eSwatini.

“Suddenly a phone call came, where an inspector in eSwatini asked if we are working with missing person’s unit, and we said yes, he asked us whether we know a Denzel Daniels and I said the name didn’t sound familiar. But he told us there was a Denzel Daniels in Eswatini roaming the streets.”

Community Police Forum officer and pastor, Charles George, along with officers Michael and Emile offered to fetch Denzel once he had been checked by local doctors.

“All the doctors are on standby to make sure that they can do proper assessments with regards to Daniels condition. We brought him back late last night.”