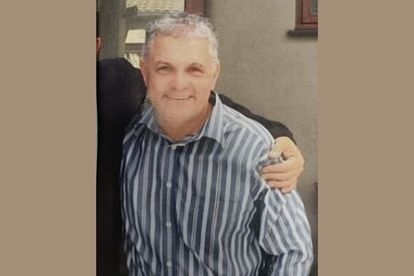 A warrant of arrest was issued for the 58-year-old earlier this year. Image: SAPS.

A warrant of arrest was issued for the 58-year-old earlier this year. Image: SAPS.

The Cape Town police are turning to the public to track down a suspect after exhausting “all avenues.” The 58-year-old man is wanted for charges of indecent assault and rape.

He is wanted in Sea Point on charges of indecent assault and rape that occurred between 1 January 1990 and 31 December 1991.

“A warrant for his arrest was issued by Cape Town Magistrate’s Court on 15 February 2022. The investigating officer pursued all avenues in a bid to arrest the suspect but all attempts have been unsuccessful thus far,” said van Wyk.

Members of the public with information about McMaster’s whereabouts are encouraged to contact the investigating officer, Detective Sergeant Bennito Tobi, at 082-522-1086/1085 or call the Crime Stop hotline at 08600-10111.

In an unrelated matter, the Cape Town police put out a similar alert for a suspect known only as “Mike” who is wanted for allegedly kidnapping, robbing and raping a 36-year-old woman in Goodwood in July 2022.