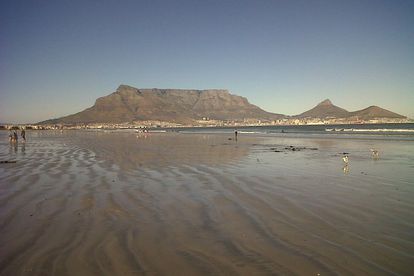 Cape Town City and the Department of Water and Sanitation are joining hands to curb the theft and vandalism of critical infrastructure. Photo: Cape Town Blog / Flickr

Cape Town City and the Department of Water and Sanitation are joining hands to curb the theft and vandalism of critical infrastructure. Photo: Cape Town Blog / Flickr

Sewage spillages and the pollution of waterways are just two of the impacts of the theft of water and sanitation equipment. The City and the Department of Water and Sanitation are now working together to fight the theft and vandalism.

The Department’s Communications Manager Malusi Rayi reportedly launched an awareness campaign on Friday, 27 May. The campaign is spreading awareness about the effect of theft and vandalism of critical infrastructure.

Badroodien and Rayi both visited the Fisantekraal sewer pump station. Cables were stolen at this station and it’s currently running on a generator until repairs are fully completed.

“This infrastructure includes our pump stations that are an important part of conveying sewage from homes to wastewater treatment plants and manhole covers that should only be opened by staff when they inspect the network or have to unblock the pipeline,”

Badroodien reiterated that the theft and vandalism of water and sanitation infrastructure is not only a pain for residents but costs the city millions of rands.

“The ongoing theft and vandalism of our critical water and sanitation infrastructure is a pain for our residents and is costing the city millions of rand. The Wallacedene pump station that was set alight is the most recent example. Such inconsiderate actions by a few culprits have a knock-on effect on many households which are negatively impacted when sewage runs in the street and stormwater and waterways are polluted,”

Speaking about the critical infrastructure, Badroodien says the thieves are essentially stealing from residents, reports TimesLIVE.

“It costs a lot to replace and repair, and the money could have been used for other services. These actions inconvenience the community and create safety hazards like open manholes and health risks when sewage runs in the street,”