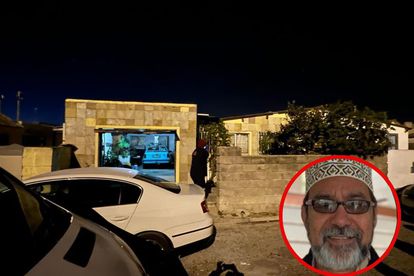 Following his kidnapping 111 days ago, Ismail Rajah was located and rescued by authorities. Photo: Hameeda Madaree / Facebook and @Abramjee / Twitter

Following his kidnapping 111 days ago, Ismail Rajah was located and rescued by authorities. Photo: Hameeda Madaree / Facebook and @Abramjee / Twitter

After a harrowing 111 days, Cape Town businessman Ismail Rajah has been rescued. The 69-year-old was being held for ransom by the kidnappers. He was rescued during an intelligence-driven operation on Tuesday, 28 June.

Rajah was abducted in March outside his office

In March, Rajah was abducted outside his office. He is the founding CEO of Good Hope Construction in Parrow. Rajah was reportedly put into an Audi Q7 by men who were armed with AK-47s.

Good Hope Construction reportedly has close ties to the community, it even sponsors a cricket club in Cravenby.

“Following his kidnapping, a ransom demand was made to his family. It is reported that the family were already en route to Dubai to expedite the ransom payment when the Saps National Anti-Kidnapping Task Team was roped in to investigate.”

“The team immediately mobilised the Special Task Force (STF), Organized Crime Investigators, Crime Scene Experts, and collaborated with private security. Just after midnight on Wednesday, the team pounced on an identified address and rescued the victim,”

Two locals and two Mozambican nationals are expected in court

According to Mathe, two South Africans and two Mozambican nationals, between the ages of 30 and 38 years old were arrested in connection with the kidnapping. Cellphones and other equipment were confiscated by police. SAPS suspect that they may have used the aforementioned items during the commission of the crime.

The four men are expected to appear before the Parrow Magistrate’s Court on Thursday, 30 June, reports The Citizen.

It was previously reported that Cape Town businessman Ismail Rajah was kidnapped outside his premises in Parow, Cape Town on Wednesday morning, 9 March.

South African Police Service (SAPS) spokesperson in the City Captain FC van Wyk said the 69-year-old construction company owner was kidnapped in front of his business premises in Joubert Street, Parow between 11:00 and 11:10 on Wednesday.

The suspects reportedly fled the scene in the direction of De La Ray Road. Read the full story here.