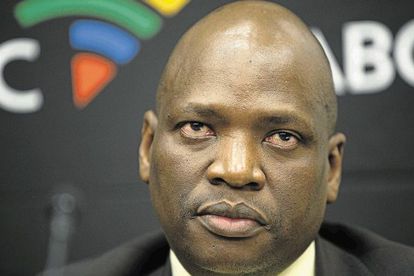 Motsoeneng, who’s been running the SABC like his own personal bank teller, has been at the centre of controversy at the bankrupt national broadcaster for some time.

The SABC and Motsoeneng applied for leave to appeal the Western Cape High Court’s ruling against his appointment, but the court denied their application on Monday; upholding its earlier ruling that Motsoeneng’s appointment was irrational and unlawful.

“It was found that the SABC was legally obliged to suspend Mr Motsoeneng pending disciplinary proceedings to be brought against him,” the DA said in a statement following the dismissal of the application.

“This is an indictment of Minister Muthambi who shown persistent disregard for the Rule of Law and has managed the SABC as her personal fiefdom, subject only to her patron President Jacob Zuma.”

At the time of handing down his judgement, Judge Dennis Davis said the information given to communications minister Faith Muthambi at the time of Motsoeneng’s appointment was “muddled and unclear” which put her “in no position to exercise a rational decision to elevate Mr Motsoeneng, whose tenure as acting COO had already been placed in severe doubt.”

The DA added that the court’s ruling is in line with what the Public Protector originally found in her investigation of Hlaudi Motsoeneng.

“Knowing all this, Minister Muthambi still went ahead and permanently appointed a man who was clearly not suitable for the job,” the DA said.