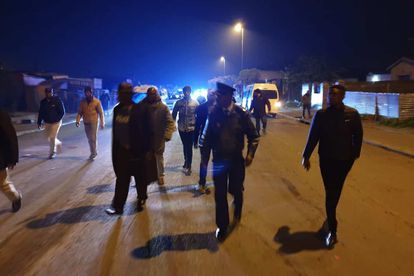 “During the NatJOINTS multi-disciplinary integrated high density operations 143 suspects have been arrested for crimes including murder, attempted murder, assault with intent to do grievous bodily harm (GBH), aggravated robberies, unlawful possession of firearms, ammunition, and possession of drugs, among others,” SAPS spokesman Brigadier Vishnu Naidoo said on Sunday.

Read: Why SANDF’s arrival in the Cape Flats has been delayed

Cape Flats operations to continue for another three months

Members of the operations also recovered drugs, including tik (crystal methamphetamine), Mandrax, and cannabis, and firearms and ammunition and hi-jacked vehicles.

These operations were considered to be a resounding success and operations would continue for at least another three months until the affected communities were normalised, he said.

Drugs and alcohol remained the highest generators of serious crimes in these areas, as they were in many parts of South Africa. Therefore, SAPS urged members of these affected communities to work closely with the joint security forces and support them with information on any criminal activities, be it the proliferation of drugs, firearms, ammunition, and planned attacks.

“Criminals, particularly gangsters and gang leaders are warned that their days are numbered. The security forces will continue to work tirelessly to enforce the law and to ensure that communities are and feel safe,” Naidoo said.

People with information can contact the SAPS Crime Stop number 08600-10111. Information channelled via this line is guaranteed to be treated with strictest confidence and callers are able to remain anonymous.