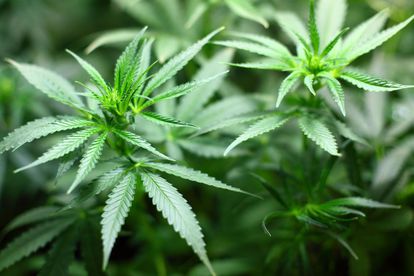 South Africa’s first ethically-approved cannabis clinical trial is underway, according to Labat Africa. The trial has been dubbed the Pharma Ethics Observational Study. The trial’s aim is to test if cannabis can be a replacement for opioids in the management of chronic pain, says Biodata. Biodata is a subsidiary of Labat Africa and is the handiwork of cannabis clinician Dr Shiksha Gallow.

Dr Gallow is the principal investigator in the trials.

What does the trial consist of?

The trial took more than 18 months to obtain official clearance. It will reportedly involve 1 000 participants who have been taking opioids for pain management for a minimum of three months. These participants are willing to switch to cannabis as an alternative.

It has been predicted by researchers that the trial will provide insight into the link between cannabis genetics and patient outcomes. It is expected that the trial may assist doctors around the world with a ‘safer alternative’ to treat chronic pain in their patients.

What plants will be used?

According to Dr Gawllos, ‘Tallyman’ and ‘Exodus’ are being used in the study. These chemovars are sourced from Labat’s Sweetwaters Aquaponics facility in the Eastern Cape which is SAHPRA-license.

Labat Africa says that there are other strains undergoing research and development.

The next strain that will be introduced into the study is ‘9 Pound Hammer’. This strain has a high THC and CBG cannabinoid profile. It contains large amounts of Beta-Caryophyllene and Myrcene terpenes which can be used to assist patients with chronic pain.

Patients are currently being recruited for the study

Dr Gallow explained that data capturing for the questionnaires and feedback from the patients for the live study are underway, reports BusinessTech.

“We are currently recruiting patients, and data-capturing all the questionnaires and feedback from the patients for the live Study. It has been fairly slow. However, more options have been introduced in the live study as suggested by the patients in the pilot study. The pilot results of the study were very promising, as it showed 98% of the patients have some sort of pain relief from the cannabis.”

“We were able to wean these patients off their opioid treatment. In the pilot group of patients below the age of 55, it was shown this group preferred to smoke the cannabis, and patients older than 55 years preferred the oil. The patients who smoked the cannabis had relief almost immediately, while the oil took some time to alleviate their pain,”