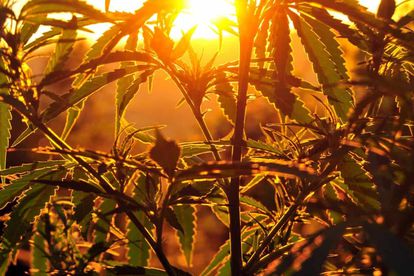 South Africans have moved one step closer to being able to legally smoke and possess dagga in the comfort of their own homes after Justice and Correctional Services Minister Ronald Lamola presented amendments to the Cannabis for Private Purpose Bill to Parliament’s Justice Committee on Friday.

That being said, despite the amended Bill already having been given the green light by Cabinet, and now will be puffed and passed over to Parliament for final review, some experts believe that if proclaimed into law, the Bill would be considered a step backwards in the legislative process.

Cannabis Bill to be passed to Parliament for final review

Presenting the Bill on Friday 4 September, the Department of Justice reviewed the changes that would come into effect, and discussed reactions and warnings from law enforcement agencies. The Bill was published in the public domain in August, and you can find out here what laws it has proposed for amendment.

The report said that in determining whether or not a person is in possession of cannabis for a purpose other than for personal consumption, an important factor to be taken into account will be the quantity of cannabis found on them.

The amount that will be deemed “criminal” is yet to be decided, and Parliament will review the findings of law enforcement agencies and make a decision “in due course”.

They also noted that Parliament has until 17 September to determine their final ruling on the proposed amendments, but said that should they fail to submit these by this deadline, the Bill can still be passed to ensure that any defective constitutional interpretation is properly mitigated.

Criminal records to be expunged

Should you have been found to have contravened the Drugs Act during the period between the Constitutional Court’s ruling in 2018 and the latest handover to parliamentary review, your pending criminal charge is set to be expunged.

“[The State must] provide for the expungement of criminal records of persons who were convicted of the offences of the use or possession of, but not dealing in, cannabis,” the report states.

Now, if found to be in contravention of the amended act in terms of the quantity of dagga in your possession, the State is required to provide extremely concrete evidence of your motivation to sell.

“Where a person is charged with possession of cannabis, the State will bear the burden to prove beyond reasonable doubt that the purpose of the possession was not for personal consumption.”

Cannabis use remains ‘a serious problem in SA’

Within the report, there were some caveats that might make you hold your horses before lighting up with reckless abandon.

The report outlined the concerns raised by the South African police service (SAPS) in terms of regulating the new laws, and also was careful to note that there are still activities related to the smoking and possession of dagga that could land you in trouble.

They also said that there needs to be a definitive definition surmised that distinguishes between hemp as a product and cannabis grown for recreational use.

“The SAPS raised a concern that it is not possible for them to distinguish between hemp and cannabis which may make enforcement difficult.”

Other limitations to the proposed right to private use of cannabis include the responsibility to ensure that children don’t get their hands on it, and they should not be in the presence of adults who are using cannabis recreationally.

“The use, including smoking, of cannabis in public or in the presence of children or non-consenting adult persons is not permitted,” the report states.

On this note, the report states that “various provisions of the National Road Traffic Act, 1996, [will be implemented]to further regulate aspects relating to the consumption of THC in so far as it affects road traffic matters provided for in that Act”.

But here’s the thing – some law experts believe that these regulatory considerations will ultimately end up becoming even more restrictive to a possible emergence of a booming cannabis industry than before, with the Bill aiming to “harshly criminalise absolutely anything relating to cannabis outside of the scope of Zondo J’s seminal judgment in September 2018”.

Andrew MacPherson, Senior Associate in the Dispute Resolution practice at Commercial law firm Cliffe Dekker Hofmeyr, said that the bill is too narrow in terms of its allowance for economic growth potential.

“This is disappointing as the deferment to the Legislature of the relevant legislation for re-drafting presented the best opportunity yet for those responsible for drafting the laws of South Africa to rethink and reimagine the laws surrounding cannabis,” he said.

“The potential to generate tax revenue, create jobs, and produce environmentally-friendly, sustainable and cost-effective building and manufacturing products and textiles, which the wholesale legalisation of commercial cannabis would present, now appears to have been discarded by the relevant parliamentarians.”

He said that the possibility that these opportunities will be outright dismissed under the current proposal is devastating, as the emergence of a profiteering cannabis industry could go a long way towards mitigating the catastrophic financial losses brought on by COVID-19.

“This is indeed a great pity,” he said.  “In the Constitutional Court, Justice Zondo went to great length to detail the global approach to cannabis, namely, the total legalisation thereof in developed economies and the rationale behind such thinking, plus the very real benefits to society as weighed against the exaggerated and unsupported case made so far against legalisation.”

“We have even seen in the last few weeks, a call from the Governor of Pennsylvania in the United States, to legalise cannabis saying that the government could use the tax revenue to support small businesses – in the wake of the