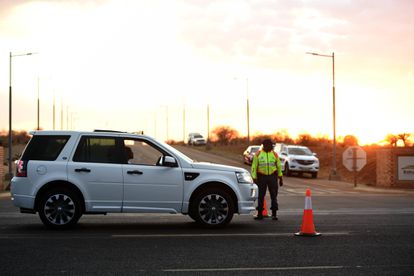 Traffic officers during a roadblock on R565 at Ledig in North West – Photo: GCIS

Traffic officers during a roadblock on R565 at Ledig in North West – Photo: GCIS

It has been quite the afternoon for Nkosazana Dlamini-Zuma, who has seen her proposals for stricter controls on liquor consumption over Easter crash and burn. The controversial minister suggested earlier that no-one should be allowed to transport alcohol anywhere in the country, from 2 – 5 April. However, the COGTA department has staged a huge u-turn.

Yes, you CAN transport liquor over Easter – but only if it’s store-bought

Mlungisi Mtshali is Dlamini-Zuma’s spokesperson – and let’s just spare a thought for all the volume of calls and messages he has received on Thursday. Sustained pressure from political opposition and legal experts has forced a rapid response from NDZ’s representatives, and Mtshali explained that only ‘takeaway beers from on-site venues’ will be outlawed.

“Because off-site consumption sales are prohibited, then people who are licensed to sell on-site are not allowed to use those licenses to sell alcohol for off-site consumption. We will add an amendment to restrictions, to clarify this.” | Mlungi Mtshali

Dlamini-Zuma’s office: ‘We advise you keep receipts of any alcohol purchases’

However, there was a very small caveat to this updated stance. Mtshali has advised people travelling with liquor to ‘keep their receipts handy’, as it will instantly prove that drinkers haven’t picked up their booze from a rogue bar or restaurant. With bottle stores closed from Friday morning until Monday night, COGTA is wary of any potential ‘legal loopholes’.

Minister Dlamini-Zuma clearly didn't know that transportation of alcohol isn't prohibited, that's why she has now made a u-turn. It just shows you that, its an irrational decision.

We are expecting the new official wording to be officially published in the Government Gazette tonight. Although keeping a slip may not be an actual legal requirement, Dlamini-Zuma’s spokesperson believes it will help at any possible roadblock.

“I don’t think the police will have a problem with people transporting their own alcohol to venues or wherever. But it will also be advised for people to prove that this is not alcohol they purchased on the days alcohol is not permitted for sale. That can be done by [showing a receipt of purchase].”