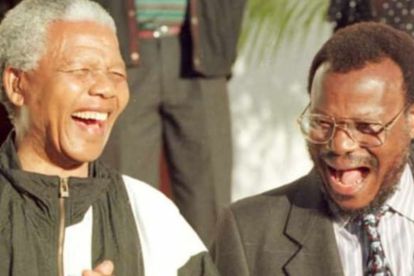 Prince Mangosuthu Buthelezi, the founder and President Emeritus of Inkatha Freedom Party (IFP), shared his last wish before his last day on earth.

BUTHELEZI HOPE FOR A CHANGE OF HEART IN KZN TO HEAL

In a lengthy statement, Buthelezi said on his 94th birthday recently, he had one wish that had been on his list for 43 years.

Before saying the wish, Buthelezi said after all this time, he had almost given up on it ever being granted.

“My wish was that, when I finally close my eyes in death, I will know that the wound between the Party I founded and the Party I grew up in had finally been healed.”

He said he has been having this conversation with leaders of the ANC for decades.

“I remember even at height of the propaganda campaign against me, Madiba never once vilified me. We maintained correspondence throughout his incarceration, and he even urged me to visit Mr Oliver Tambo in Lusaka so that we could resolve the differences between us. Unfortunately, there was already an assassination plot against me and I could not go,” Buthelezi recalled.

“Madiba and I continued to speak of reconciliation when he was released from prison, and he and I made a firm commitment to address joint rallies to indicate to our supporters that the time for enmity was over. Neither of us wanted violence. It was important that we deliver that message together.”

He went on, “Tragically, the ANC’s KwaZulu-Natal leader, Mr Harry Gwala, forced Madiba’s hand to renege on that commitment. Yet we continued to speak about reconciliation during our years in the Government of National Unity, when I served in President Mandela’s Cabinet. And President Mbeki and I continued the conversation when I served in his Cabinet. There were constantly three-a-side and five-a-side committees talking reconciliation between the IFP and the ANC. And even at one stage, a fifteen-a-side. Yet the normalisation of relations between our two parties has never taken place”.

ALSO READ: IFP will not form coalitions with the ANC in KZN

“The wound that has been festering between us, opened by the black-on-black violence of the past, has never been fully healed,” he reflected.

Buthelezi said the ANC’s leadership at national level has shown willingness. Yet their colleagues in KwaZulu-Natal have always stopped it.
He added that he was amazed to see the press statement issued by the ‘new leadership of the ANC‘ in KwaZulu-Natal on the occasion of his 94th birthday.

“This was far from the kind of vitriol that had come my way under former Premier Zikalala, their message was one of high praise for my leadership, my integrity and my commitment to serving South Africa. I almost had to read it twice!”.

“Having digested what they have said about me, and the fact that they said it, I felt it important to publicly thank the new leadership of the ANC in KwaZulu-Natal for what can only be described as a prospect of hope. I feel that perhaps the time has come where our parties will sit down and heal the old wound between us.”

“What happened between Inkatha and the African National Congress is a tragedy that we need to put behind us. The only way to do that, however, is to accept the need for healing and to embrace the path of reconciliation.
With the hope that has been sparked by the KZN ANC’s press statement, I hope that that time has finally come. God alone knows how much time we have left to close this wound, but it is obvious that time is against us.
I, therefore, welcome this note of conciliatory hope. May it signal the time for healing,” Buthelezi concluded.