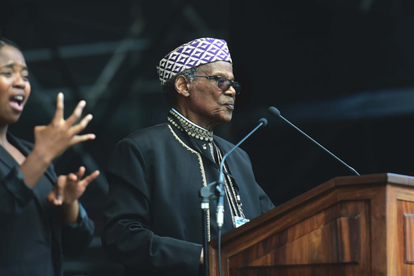 Buthelezi has called for the coronation of the King to move forward in light of the judgement. Image: GCIS/ Flickr

Buthelezi has called for the coronation of the King to move forward in light of the judgement. Image: GCIS/ Flickr

AmaZulu traditional Prime Minister, Prince Mangosuthu Buthelezi has weighed in on the drama surrounding King Goodwill Zwelithini’s passing. This comes in reaction to the judgement passed down by the Pietermaritzburg High Court on Wednesday in relation to the legal battle over the late leader’s estate.

In response to the judgement, Buthelezi says that nominated King Misuzulu kaZwelithini has been affirmed as the rightful successor to the AmaZulu throne.

Buthelezi has now called for the processes tied to the coronation to be finalised in a bid to see the ordeal officially settled.

“We are grateful that he has laid to rest any argument that the King was not properly identified by the Royal Family as the rightful heir to the throne and has made it very clear that his Majesty King Misuzulu kaZweltihini is the undisputed successor. We trust this will open the way for his Majesty to finally be coronated as this is a legal formality.”

The legal battle had been brought forward by Queen Sibongile Zulu who had sought to inherit half of the King’s estate, citing their civil marriage as the reason behind her application.

The Queen had argued that, due to their civil union, the King’s later marriages weren’t valid. Nevertheless, Judge Mjabuliseni Madondo told the court that it wasn’t clear what type of estate the queen had based her 50% claim on. Dismissing the application with costs, Madondo commented:

“The order made in this regard is that the application is dismissed with costs. Such costs will include the employment of senior counsel.”

Additionally, Judge Madondo noted that Prince Misuzulu is the only person who was identified and nominated to succeed King Goodwill Zwelithini. This had occurred at a meeting of the royal family in May last year.