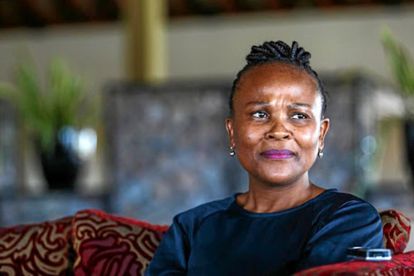 Busisiwe Mkhwebane has set her eyes on another ConCourt judgement and has applied to have it reversed. Photo: Moeletsi Mabe / Flickr

Busisiwe Mkhwebane has set her eyes on another ConCourt judgement and has applied to have it reversed. Photo: Moeletsi Mabe / Flickr

The submission came as no surprise since Mkhwebane had previously announced to Parliament of her intentions to file the application, reports TimesLIVE.

The application was filed just before the weekend following the rejection of her initial rescission application that occurred on Wednesday, 9 March.

The first rescission application, which was denied two days prior to the submission of her second application, stood against the ruling by the ConCourt which deemed her CR17 report as unlawful. The Court also made the case that Mkhwebane had not provided sufficient grounds to warrant a rescission.

In relation to her second application, Mkhwebane laid out the reasoning behind her dispute in her affidavit. She noted that the court’s unanimous judgment was contaminated with patent errors while being subject to misinterpretation. Mkhwebane considered the ruling by the court as being unconstitutional.

Additional concerns were raised by Mkhwebane, namely the Constitutional Court’s inability to make a formal ruling around her claims. The combination of her claims that noted the ruling as being unlawful while also going against the principle of legality provided enough opportunity for rescission in the eyes of Mkhwebane.

She explained that although the application was not designed as a hidden appeal the true aims of the court were not accurately displayed within the ruling.

In more trending news, the war in Ukraine has made it a real possibility that South Africans could be paying more than R40 per litre of petrol later this year. Next month alone, analysts predict that we will be hit with an increase of well over R2. So what happens now? Well, one motor industry body is now pushing to be included in Government’s review of our fuel price structure.

The Motor Industry Staff Association says it’s asked to be part of any review of the pricing methodology for petrol. MISA says the rising costs also impact its own members’ ability to get to work. On the ground, the ever-rising petrol price is likely to lead to taxi fares spiking as well as soaring food costs.

Here in SA, the fuel levy makes up between 30 and 40% of the final price we pay at the pump. With predictions of paying over R40, Government is likely to finally have to intervene. Read the full story here.