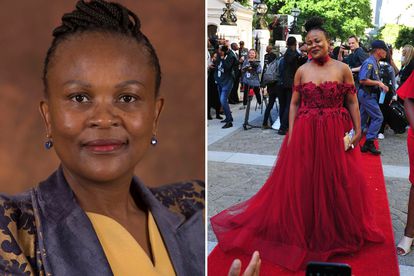 Suspended public protector Busisiwe Mkhwebane may find herself homeless after her office announced that it will terminate the lease agreement in the luxurious duplex she is staying in.

Mkhwebane has been living rent-free within the luxurious Bryntirion Estate in Pretoria, which includes lavish residences for the President and cabinet ministers, since February 2017, reportedly.

Under normal circumstances Mkhwebane would not have been allowed to live in the elite accommodation, however after a dubious risk assessment following threats to her life, she was permitted to live in this luxury estate.

Despite her suspension, Mkhwebane has continued to enjoy free accommodation at taxpayer expense to which she was reportedly not entitled to.

After she was suspended earlier this year she relocated to another taxpayer-funded property, a luxurious three bedroom duplex adjacent to Bryntirion, for which the office of the Public Protector paid R11 000 in monthly rent to the Department of Public Works.

The office of the Public Protector has reportedly announced that it will terminate the lease agreement for this free accommodation and if Mkhwebane wants to continue living in the Bryntirion luxurious ministerial estate she will have to enter into a private lease agreement and pay for herself.

Democratic Alliance Shadow Minister of Finance, Dr Dion George said although their action has taken far too long, they welcome the development and encourage steps to be taken against Mkhwebane to hold her personally responsible for this wasteful expenditure.

George said in the face of upward spiralling food and cost of living prices, Mkhwebane’s actions highlight how an unworthy public servant has blatantly displayed her contempt for the very citizens she was sworn to serve.

“The DA will write to SARS to request that they ensure she pays the fringe benefits tax on the free accommodation that she has enjoyed at the expense of hard working South African households who are facing a daily battle to put enough food on the table,” he said.