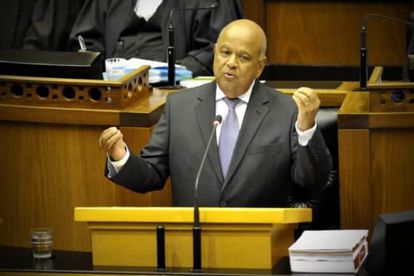 In an interview with Power FM on Sunday, Gordhan said the jumping around in the currency was raising uncertainty for business.

South Africa is seen as one of the most volatile emerging markets currently and its currency swings are hard to predict.

“We are importing wheat as a result of the drought and this pushes up the cost of wheat,” he said.

“Throughout the world at the moment they have a reluctance [in] part of business to invest. Demand has dropped across the world including South Africa as well,” he said.

He said this week, the monitoring of processes and events related to the Brexit would continue.

“We need to see how the next week goes, the Reserve Bank… is monitoring the situation carefully.

“The middle eastern markets were open today [Sunday] and they were already showing further decline in trading in those markets so we don’t know what is going to happen tomorrow morning. We attract investments from the UK, Germany and other European countries and we don’t want this uncertainty to impact on investments,” he said.

British Prime Minister David Cameron announced his intention to resign earlier on Friday, while the pound fell to record lows.

Cameron said he would resign by October and insisted that the British people must be respected after voters chose to leave the 28-nation European Union.

He said there could be no doubt about the result of Thursday’s historic vote, but that he was not the “captain” that would steer the ship through difficult negotiations with the EU.

Cameron said: “I am honoured to have been prime minister of this country for six years.”