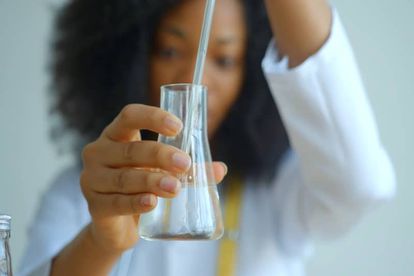 Launched on 6 November, The Next Generation of African Scientists, a comprehensive book by Catherine Beaudry, Johann Mouton and Heidi Prozesky, focuses on the challenges faced by young African scientists today.

A book resulting from important collaborations…

The Next Generation of African Scientists is a comprehensive book co-edited by Catherine Beaudry, a Canadian social scientist from the Ecole Polytechnique de Montréal (Canada), along with CREST director Johann Mouton and Heidi Prozesky, both from the Center for Research on Evaluation,  Science and Technology (CREST) at Stellenbosch University in South Africa.

The book has been funded by the International Development Research Centre of Canada along with the Robert Bosh Foundation of Germany.

Altogether, it took four years to the researchers to carry out the study on the influences research performance and development of young scientists from more than 50 African countries, including South Africa.

In the end, it includes bibliometric analyses of research records from the studied countries, as well as an online survey with almost 6,000 respondents and more than 250 qualitative interviews.

On the importance of funding, the authors point out the high lack of scientific research and equipment funding, ranked as the biggest challenge to career by respondents.

Another major issue indicated by respondents is the lack of mentoring. They say it had a negative impact on their career and highlight it as a real cause for concern.

Teaching and administration have also been pointed out as a serious challenge, as researchers seem to be burdened by very large classes, leading to too many graduates requiring supervision. Coupled with administrative demands often not related to their main academic function, teachers really struggle to provide quality teaching.

By dual narrative, the authors highlight the paradox between the increased availability of funding along with the rising opportunities for mobility and international collaborations and the obstacle of weak institutions together with the lack of established support structures.

Finally, although mobility options are developing, they seem to still be difficult to benefit from. 80% of respondents consider it as a negative impact on their career. Instead of benefiting from an international school exchange where they would come back at the end of the exchange, they say they now consider leaving their country and not coming back.