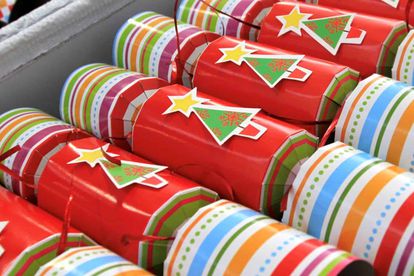 Christmas 2020 will be extra special for a Durban-based company which will have the pleasure of knowing their product is being bought — and enjoyed — by customers across the United States (US).

A first for SA company

They are the first South African company to secure a lucrative supplier deal with the US-based company.

“It’s an ingenious Christmas cracker that also has a confetti popper inside, which showers confetti when the cracker is pulled… The supplier contract awarded to Glenart will initially see their product being stocked in some 800 Walmart stores in the US.”

Founded almost 30 years ago, Glenart considers themselves South Africa’s premier Christmas cracker manufacturer. They supply most of the major retailers in the country, and  though they have exported their product globally, the Walmart deal is their first foray into the US.

Glenart managing director Miles Rasmussen said that because Walmart has around 8 000 stores in the US, there is huge potential for the company.

Walmart has placed a trial order, and if sales over this first year are good, Rasmussen has hopes for other Walmart locations around the globe.

“It’s great to be the first SA manufacturing company to have secured a direct supplier deal to Walmart’s global operations, but we now have our work cut out for us to prove ourselves in the US market.

“This opportunity is huge for us. It is not only going to have a huge positive impact on our business, but the local community in Shaka’s Head where most of our 200 workers come from.”

According to Moneyweb, Walmart’s global sourcing team assessed 18 potential South African suppliers. Shortlisted business had the opportunity to pitch some of their more unique products to the Walmart executives.

Glenart was one of the manufacturers from the 18 that received a second visit from the Walmart sourcing team towards the end of January 2020.

Other companies that Walmart is reportedly considering, include: Green Farms – a macadamia nuts producer in Nelspruit; JSE-listed consumer goods group AVI’s Fresh Pack rooibos factory in Durban, as well as its I&J seafood operations in Cape Town; and Rhodes Food and Distell in Cape Town.