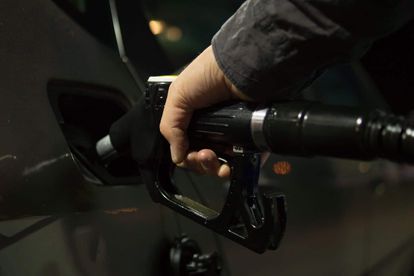 South Africa’s already troubled economy is likely to be in for a volatile ride as global tensions rise in the wake of the standoff  between the US and Iran, and concerns that tit-for-tat retaliation in the coming months could even lead to all-out war.

A volatile rand, see-sawing stock market and rising oil price are all potential economic consequences of the US killing of senior Iranian military commander General Qassem Soleimani on Friday 3 January.

On the positive side, though, gold and palladium prices are rising as a result of the tensions and should be a boost for the beleaguered South African mining sector.

SA a proxy for emerging markets

Like all emerging markets, the local economy is subject to significant fluctuations as a result of international events ranging from armed conflict to trade wars, terrorism and Brexit. In South Africa, this can be particularly pronounced because our economy is seen as a proxy for emerging markets in general.

The rand weakened on Friday following the assassination of Soleimani, but has since steadied. The JSE could also recover on Tuesday 7 January, taking its lead from improving stock markets in Asia. However, these situations could change rapidly, depending on what happens between the US and Iran in the coming days.

For consumers, an obvious short-term impact could be a rise in fuel prices.

Iran and its regional neighbours produce half the world’s oil and any conflict in the region may disrupt this. Similarly, the Iranian military has in the past tried to interrupt the movement of oil tankers through the strategically critical Straits of Hormuz, which carries a fifth of the world’s oil shipments. Analysts believe this could again be a tactic as Iran seeks to hit back at the US and its perceived allies.

In both scenarios, the short-term result will be a rise in oil prices. The price of Brent crude today is just under $70 a barrel, already notably higher than the US$64 a barrel average for 2019 and the pre-conflict predicted average for 2020 of just $61 a barrel.

In the longer term, though, experts predict that the oil price would stabilise to some degree as the world’s other oil producers ramp up production to meet demand and increase their own market share at the expense of the Middle Eastern producers.

On the positive side: Surge in gold and palladium prices

Gold is traditionally regarded is a safe haven for investors in times of conflict and uncertainty, and gold now hovers just below the psychologically significant $1 600 an ounce, the highest it has been since April 2013.

“In times of political and market uncertainty, there is no better alternative to buying gold and despite looking overbought on the charts, the rally will continue as long as uncertainty stays high,” said Hussein Sayed, chief market strategist at FXTM, an online trading company operating in Asia and Africa.

While South Africa is no longer a major producer of the world’s gold – only 4.2% of global gold production according to the Minerals Council of SA – its struggling mining sector will welcome any protracted increase in the gold price.

Similarly, palladium has also benefited from the optimism surrounding safe havens, Bloomberg reported. “Palladium, like gold, has been steadily tracking higher over the last two weeks, and the conflict between the US and Tehran seems to have bolstered this,” Sean MacLean, research strategist at Pepperstone, told the news agency.

South Africa is the world’s number two producer of palladium, which is used in the production of autocatalysts for motor vehicles. Russia is the largest producer.