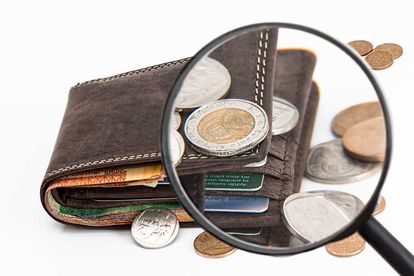 South Africa’s banking sector looks set for further upheaval in 2020 following the announcement on Friday by TymeBank, which focuses on digital banking, that it already has a client base of one million people and expects to add a further million by the end of 2020.

TymeBank’s parent company, African Rainbow Capital, claimed in its quarterly investment update that this growth rate makes it “one of the fastest-growing digital banks at this stage of its life cycle, when measured against the leading digital banks across the world”.

It has a lower-income customer base, plus an older-than anticipated client demographic. African Rainbow Capital noted in its update that “the bank’s customer analytics show that more than half of its customers earn a salary of less than R5 000 per month and 45% of customers are older than 35 years”.

Rather than a branch network, it partners with Pick n Pay and Boxer Superstores so customers can bank in their retail outlets.

At present there are only two TymeBank products on offer: The Everyday transactional account and the GoalSave savings account. Customers have already deposited some R500-million in savings accounts with the bank and the average GoalSave balance per customer is R4 500.

TymeBank began trading at the end of February 2019 with former First National Bank CEO Tom Boardman serving on its board of directors. TymeBank was the first of three new digital banks that aim to disrupt the local banking sector, which typically relies on a hybrid business model of digital, branch and ATM-based banking.

The other digital newcomers are Discovery Bank, which unveiled its offering in June 2019, and Bank Zero, which is scheduled to launch in the first half of 2020.

Customer take-up has been slow for Discovery Bank, which said in September that it had around 22 000 customers. The bank is a member of the giant Discovery Group and part of its strategy is to leverage the huge customer base that already uses the group’s medical aid, wellness, investment and other products.

The bank had originally intended to launch to the public in late 2019, but subsequently postponed this to the first half of 2020. Among its core offerings will be a debit card that will “dramatically minimise” card data theft and card skimming.

South Africa’s banking sector has seen wide-ranging change and disruption in recent years. Capitec, once regarded as an upstart minor player targeting the lower-income consumer, has now become a force to be reckoned with.

This is partly as a result of innovations, such as longer branch banking hours and branches that open on Sundays.

Profitability not guaranteed for banking disruptors

But the three new banks may find that it is not all plain sailing as they fight for profitability and to establish themselves.

“Critical to the success of any bank is trust. Without it, customers will not deposit their salaries into their accounts regardless of the number of gimmicks, rewards, and incentives on offer.

Convincing customers to shift their primary transactional banking to a brand new player is hard and can take months as people run parallel accounts before either committing to the new operator or reverting to their existing provider.”