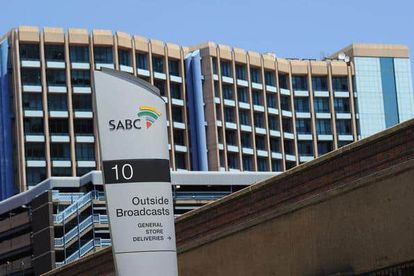 Photo by Karen Sandison – via ANA

Photo by Karen Sandison – via ANA

The public broadcaster, the SABC, is expected to get the remaining R1.1 billion of its R3.2 billion bailout by the end of next month, the National Treasury said on Wednesday.

This comes after the SABC Board was informed that it would get the bailout in phases – provided that it meets certain conditions as part of its turnaround strategy.

Government allocated R3.2 billion to the SABC in 2019/20, of which R2.1 billion has been transferred, to enable the broadcaster to pay its bills.

“The conditions included reviewing broadcasting sector policies to respond to advances in technology, costing the developmental mandate and evaluating opportunities for private-sector participation.

“The remaining R1.1 billion is expected to be transferred to the SABC by 31 March 2020,” said Treasury on Wednesday, during the tabling of the 2020 Budget Speech.

How other SOEs will be

Government’s initial response to the entity’s challenges was an allocation of R1.8 billion in 2019/20.

“State guarantees granted to the entity amount to R6.9 billion. Additional funding of R576 million is allocated for 2020/21.

“This support is allocated with conditions that emphasise the need for Denel to speedily implement its turnaround plan. The plan includes exploring private-sector participation, optimising its property and plant, and developing an appropriate funding model. It is critical for government to define Denel’s role in a modern defence industry.”

Transnet borrows on the strength of its own balance sheet

“Transnet, which borrows on the strength of its own balance sheet, raised R6.7 billion through commercial paper, bank loans and development finance institutions in 2018/19.

“It invested R14.7 billion to maintain rail and port capacity, and R3.2 billion to expand infrastructure and equipment.