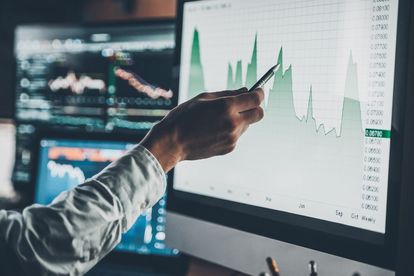 A higher-than-expected GDP reading for the second quarter has lent support to the South African rand (ZAR) and extended the emerging currencies recent bullish run.

Quarterly growth was expected to print at 0.7%, but instead almost doubled expectations at 1.2%. Six out of ten industries reported positive growth rates, with transport (6.9% vs -1.1% in Q1), personal services (2.5% vs 0.6%) and trade (2.2% vs 2.6%) industries making the most significant contributions.

Year-on-year, the economy advanced at a record 19.3%, beating market forecasts of a 17.5% growth and reflecting a low base last year when the government imposed a harsh lockdown to contain the spread of coronavirus.

While the initial data was generally interpreted as positive, the breakdown of sector performance has concerned some economists. Statistics South Africa has revealed uneven growth, with the finance, manufacturing and construction industries printing losses.

The South African economy is also 1.4% smaller than it was before the start of the Covid-19 pandemic: the petroleum, chemical products, rubber and plastic products division made the largest contribution to the decrease, with three other divisions marginally contributing.

Widespread Violence in the regions of KwaZulu-Natal and Gauteng caused billions in damage and is likely to severely disrupt economic growth in the second half of 2021.

Unemployment struck a new record high above 34% in the second quarter, despite South African President Cyril Ramaphosa’s emphasis on jobs creation in his recovery plan.

The country’s severe ‘third wave’ of infections will also likely weigh upon Q3 growth. The C.1.2 variant initially identified in South Africa has so far in 130 cases, exhibiting concerning mutations.

With GDP data expected to weaken next quarter, investors are wary of the possibility of an economic recession. GDP provides a direct indication of the health and growth of the economy- poor figures are likely to unsettle businesses and traders.

In turn, this could mean a drop in the value of the South African rand against its trading peers. Safe-haven currencies in particular are likely to attract more investor support than those seen as risky.

In order to protect your finances against potential volatility, you may consider using a currency broker to convert ZAR to another, stronger currency.

Currency providers are able to use various tools, such as forward contracts and limit orders, which can help limit your exposure to risk and maximise the returns on your transfers.

Explore your currency options to see how you can limit the impact of a weaker rand on your finances.