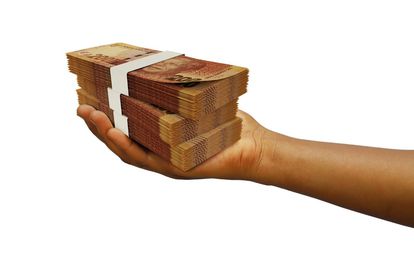 The South African rand had a tough trading week and weakened against 17 of the 19 currencies we monitor. The ZAR’s weakness can be largely attributed to the rotation towards the safe havens. As a result of global market forces, the Rand folded at the feet of the developed market currencies.

On the other hand, the US Dollar had another prosperous round of trade, strengthening against most major currencies. The Dollar Index (DXY) appreciated by 0.74% last week and is now hovering at a 20-year high.

The recent surge of USD strength came after the Fed remained hawkish on monetary policy. Fed Chair, Jerome Powell, reiterated that the Fed is willing to put the economy through short-term struggle, to preserve the long-term health of the economy. Therefore, we expect the Fed to hike rates by 75 basis-points (bps) at the next Federal Open Market Committee (FOMC) meeting, later this month.

The USD/ZAR pair moved 2.55% higher last week. After opening at R16.84 on Monday, the currency pair gathered some forward momentum, reaching a weekly high of R17.35 and closing off at R17.30 on Friday.

The EUR/ZAR pairing followed a similar price trajectory last week. The recent surge in the Euro was supported by the market pricing in a 75-bps hike at the next European Central Bank (ECB) meeting. EU inflation also hit another record high, with the August year-on-year inflation figure coming in at 9.1%. The hot inflation print further supports the ECB’s call for higher interest rates.

With the rhetoric of Europe’s central bank appearing to converge with that of the Fed, the Euro was able to sustain significant gains. Consequently, the EUR/ZAR pair appreciated by 2.45%, from an opening of R16.85, and closed off the week’s trade at R17.21.

The British Pound was unable to muster up the same strength as its developed-market counterparts. Instead, the GBP had yet another dismal performance, weakening against 16 of the 19 currencies we monitor. The upcoming vote for the next Prime Minister has added an element of uncertainty to the market, and the sterling has faltered.

Nevertheless GBP/ZAR made some moderate gains, ticking upwards by 0.46% during the week. After opening at R19.832 on Monday, and briefly breaking through the R20.00 resistance level, the pair ended at R 19.90 on Friday.

This week, we will look to see if the rand can recover on some its previous losses. With the ZAR nearing all-time lows, investors are interested to see if the emerging-market Rand will muster a comeback.