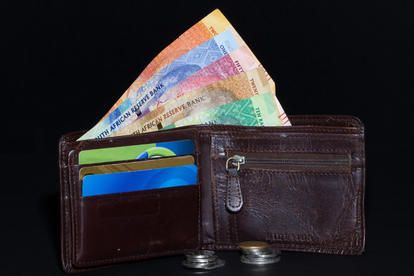 The South African rand managed a respectable trading week and gained ground against 14 of the top 19 currencies that we monitor. In the absence of local catalysts, this can be largely attributed to recent weakness in the developed markets. The Euro and US Dollar absorbed the brunt of this effect, with both currencies shedding value across the board.

Last week, there was a substantial amount of data released from the US, with the main event being the US Federal Reserve’s interest rate decision. Although the market was already anticipating the 75 basis-point (bps) hike in interest rates, the USD strengthened after this event.

However, the hike in interest rates was followed by the release of US GDP growth data on Thursday. The report indicated a second consecutive quarter of negative growth, putting the United States into a technical recession. The USD sold off after this, as the markets were forced to reassess the extremity of future monetary tightening.

Last week, the Dollar Index (DXY) fell by 0.67%. The DXY ended at 105.83 on Friday, approximately 3.20% below the mid-July high of 109.29. Simultaneously, the USD/ZAR pair took a dive to the downside and the pair dropped by 1.14% during the week. After commencing trade at R16.84 on Monday, the pair was unable to breach through the R17.00 resistance level and, instead, reached a low of R16.39. After bottoming out, the USD/ZAR pair partially corrected and closed the week at R16.63.

The Euro also had a disappointing performance last week, dragged down by the US recession as well as the retaliatory measures of Russia cutting off most natural gas supplies to Europe. Additionally, there was another record-breaking inflation print out of the Eurozone, with inflation hitting 8.9% (YoY). This was mainly fueled by higher energy and food costs, which stemmed from the Russian invasion of Ukraine. On a positive note, the quarter-on-quarter GDP growth from the EU increased, which is in stark contrast to the declines in the US.

The common currency lost ground against all but two of the top 19 currencies we monitor. Furthermore, the EUR/ZAR pair took a 1.06% dip to the downside. After opening at R16.95 on Monday and trading in the range of R16.75 – R17.24, the EUR/ZAR pair closed the week at the R17.00 support level.

The British Pound had a relatively good trading week, bouncing back from recent weakness. With the lack of significant data out of the UK last week, local political factors moved the market. The GBP is taking solace in the fact that the race to succeed Boris Johnson seems to be down to two candidates. Additionally, given the negative perception of data from the US and EU, the UK economy is appearing to be less impacted than that of its major counterparts.

Last week, the GBP strengthened against 15 of the top 19 currencies that we monitor. Additionally, the GBP/ZAR pair appreciated by 0.21%. The pair opened the week at R20.21 and traded within a wide range. After briefly breaching through the R20.00 support level, the pair ascended towards R20.24, where it closed on Friday.

There was minimal data from South Africa last week. However, one factor to take note of was the producer price index print for June, which came in at 2.1% (MoM) and 16.2% (YoY). This is a leading indicator of the consumer price index, meaning that the country should brace for further increases in inflation, which would burden the already overburdened consumer. This week, there will be no noteworthy data from South Africa, so we will look to global factors for the main movements in the currency.

This week, the monthly nonfarm payrolls data will be released. This data has shown solid growth in the jobs market for the past few periods, which is the reason why the Fed has been able to raise rates without the worry of drastically impacting the US job market.

This week, there is the possibility of big moves in the GBP, with the Bank of England (BoE) interest rate decision on Thursday. Since so many of the global central banks have been tightening policy more drastically than in the UK, the market is looking for the BoE to raise rates by more than its standard 25 bps. If it does raise rates by 50 bps, the GBP could gain ground following the announcement.

Wait, what? PRASA bans preaching and trading on its new trains

WATCH | Did a TORNADO just hit KwaZulu-Natal this afternoon?