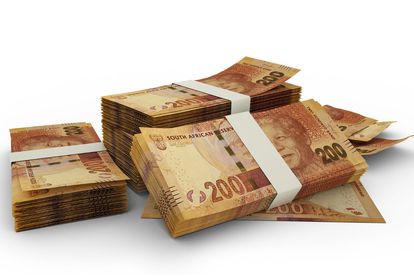 The South African rand had a stellar week last week, with the currency appreciating against all the currencies we monitor. The most notable gains were against the Swedish Krone (SEK – 4.02%) and the Indian Rupee (INR – 3.83%).

The moves in the ZAR can be fully attributed to the improving inflation picture from the US, which led to a more risk-on move in the market and a selloff in the USD. This, together with the negative growth from the UK, has pushed the institutional money to higher-risk markets such as the ZAR. This heightened risk tolerance was mirrored in US stocks as well.

This weakening in the USD came after the first indication that peak inflation might have been reached, with the year-on-year inflation figures finally coming down as month-on-month inflation came in at 0%, from a level of 1.3% for the previous month. Improving inflation lowered the market’s expectation that the US Federal Reserve will be hiking interest rates as aggressively as it has been in the past two meetings, and so the USD was sold off.

As anticipated after the strong ZAR rally last week, the rand weakened about 1.5% against the USD yesterday losing most of its gains. This, together with weak data from China and a worsening picture from the Eurozone, led to a reversal of this risk-on move in the market and money flowed back to the USD.

Overall, there is the possibility of short-term ZAR weakness, with some strength in the medium term, although in the current state of the global economy and with numerous geopolitical issues one cannot be certain how things will develop.