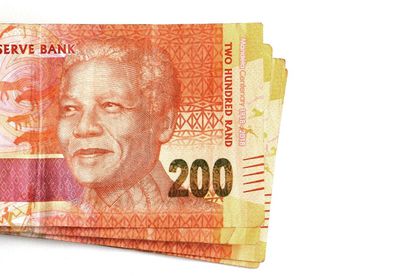 The South African rand performed well last week, strengthening against 16 of the top 19 currencies. The largest upside moves were against the Turkish Lira (TRY) (5.1%) and the Indian Rupee (INR) (2.34%), with the largest downside movements against the Brazilian Real (BRL) (-1.59%) and the Swiss Franc (CHF) (-0.66%).

The rand made some moderate gains against the Pound, a currency that also ended last week in the green. During the weekly trade, despite the recent round of sterling strength, GBP/ZAR moved 0.25% lower. After opening the week at R19.78 on Monday, the pair ended off around the R19.68 level.

The EUR/ZAR made a similar, but more pronounced move to the downside. The rand strengthened by 0.64% against the Euro, with the EUR/ZAR slipping from R16.82 to R16.70 during the week.

Of the major developed-market currencies, it was the US Dollar that encountered the most resistance. The US Dollar’s domination has finally faltered, and after a few weeks of unending strength, has weakened against 17 of the top 19 currencies. Even with the recent hawkish comments from the Federal Reserve, the USD weakened. However, this is somewhat understandable, given that the recent run in the USD has been strong. US retail sales for the month of April slowed, as expected, but this was still not a great data point for the currency.

During last week, the USD/ZAR pair depreciated by 1.98%, as the combination of ZAR strength and USD weakness had its toll on the currency pair. After opening the week at R16.11 on Monday, and touching a low of R15.76, the pair closed off the week at R15.83.

This week, we will monitor to see if the ZAR can maintain its hold on the gains from last week. There is minimal significant data from South Africa this week, so we anticipate global factors to be the main catalyst for movements in the rand.

While the UK and Eurozone are both rather light on upcoming data, there will be two main events in the US this week. The first is the FOMC minutes on Wednesday, which we expect to indicate the intention of raising rates for the foreseeable future. Furthermore, the US GDP growth rate estimates will be released on Thursday. This is expected to turn negative, but we should take note that we are looking at the data from a high base of growth, thus a slowdown is not too much of a shocker. Any deviations from current market expectations will likely have a corresponding influence on global markets, and associated currency values.