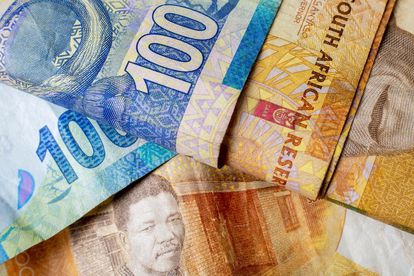 The South African rand has remained resilient over the past few weeks. With a lack of local data to influence ZAR price-action, the rand has continued to benefit from higher gold prices. Along with the currencies of other gold-producing countries, the rand remains well supported in the current market.

However, last week was a rather flat week for the rand, which strengthened against only eight of the top 19 currencies. The most notable strengthening was against the Japanese Yen (JPY) (1.73%) and the Turkish Lira (TRY) (1.01%), whilst weakening significantly against the Norwegian Krone (NOK) (-2.39%) and the Australian Dollar (AUD) (-2.03%).

The GBP/ZAR pair appreciated by 0.44% last week, bouncing back slightly after a hefty downwards move in the prior week. The pair opened at R19.65 on Monday, trading within the R19.55 – R19.80 bounds, before closing off the week at R19.72. The Bank of England raised its benchmark interest rate which bolstered the sterling in the short term. However, the tone from this meeting was more dovish than anticipated, leading many to believe the pace of rate hikes in the UK might come in slower than expected.

The EUR/ZAR experienced similar price-action, moving up by 0.65% after spending the previous week in the red. After kicking off at R16.44 and touching highs of R16.70, the pair closed at R16.54 on Friday. The European Central Bank also cooled market expectations of interest rate hikes in the short term. Despite the forward movement against the ZAR, the EUR’s buoyancy in relation to the other major currencies has dampened slightly.

The US Dollar did not fare as well as its developed-market counterparts, weakening against 16 of the top 19 currency pairs last week and depreciating by 0.63% against the South African rand. After opening the week at R15.07, the USD/ZAR pair fell to a low of R14.85, before closing at approximately R14.97.

The rand started this week in an advantageous position

The rand has started this week on the front foot, gaining approximately 0.40% against the major developing currencies on Monday. Upcoming data releases, coupled with new developments in Ukraine, are the driving force behind current exchange rate movements.

South Africa’s most recent inflation data will release on Wednesday. Inflation is expected to come in at 5.8%, remaining within the South African Reserve Bank’s (SARB’s) 3-6% target range. On Thursday, the SARB will release its interest rate decision. We expect that it will follow the major currencies and increase interest rates by 25 basis points. Any diversion from this expectation will result in higher levels of volatility.

There will be plenty of data to come out of the UK. The inflation rate for February will be released on Wednesday and is expected to increase yet again, to the highest level since 1992. On Friday, the UK’s retail sales data will be released, and it is expected to moderate – not all that positive for the GBP. This will continue to be influenced by increased energy prices.

There is minimal data expected out of both the US and the Eurozone this week. The focus will shift from the Fed and the hiking cycle to developments in geopolitics. The world markets are on fragile footing as it stands, and the uncertainty of energy prices and fears of full-blown war is keeping participants hesitant to choose any set direction. The war in Ukraine remains the focal point, especially for the members of the EU.

Get our Daily Rand Report delivered straight to your inbox every weekday to keep on top of everything happening with the ZAR.
Check out the Sable International Currency Zone to get the latest live exchange rates and easily transfer your money into or out of South Africa.