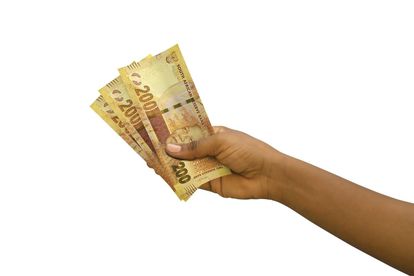 The South African rand had a mixed week, strengthening against 11 of the top 19 trading partners. On the positive side, the rand benefitted from positive outlook ratings by the S&P. This is significant, as the previous negative outlooks were a drag on any prospective investment in the country. The emerging-market ZAR found additional momentum during the recent shift towards risk-on market sentiment.

The past week also saw major losses for the US Dollar, as the currency weakened against 17 of the top 19 trading pairs. Risk-on investment has led market participants away from the safe-haven greenback, and towards more lucrative assets. This has been greatly influenced by the recent shift in perspective surrounding the pace of interest rate hikes, by the US Federal Reserve. This was reiterated by the narrative in the FOMC minutes, that were released last week.

Consequently, the USD/ZAR pair lost 1.67% of its value during last week. After kicking off at R15.88 on Monday, the pair followed a downward trajectory and closed at R15.56, 3 cents above the weekly low.

The Pound Sterling had a mixed trading week and weakened against 11 of the top 19 trading pairs. The GBP/ZAR pair declined by 0.58%, after opening the week at R19.76, and touched a low of R19.45. The pair closed off on Friday around the R19.65 level.

The Euro had a particularly good trading week and strengthened against 14 of the top 19 trading pairs. European Central Bank (ECB) President, Christine Lagarde, reiterated the fact that the ECB would be raising rates in the next few meetings, with a 50-basis point hike priced in for the July and September meetings.

This week, South Africa’s Q1 unemployment rate will be released. Unemployment is expected to tick up to 35.7%, from 35.3% in Q4 of 2021. Additionally, the SA balance of trade for April will come due. The country’s trade surplus is expected to shrink to R38 billion, from R45.86 billion in March.

A growing concern at present, for the local economy, pertains to the prospective fuel price hikes. A further increase in energy costs would be a major drawback on the spending power of all consumers, in addition to adding to cost push inflation for most goods transported in the country. Another factor to consider for long-term trade is the continuation of loadshedding in South Africa, which does not seem to be dissipating. Considering the financial predicament that Eskom have landed themselves in, this is likely to remain a persistent risk factor, influencing South African economic growth estimates.